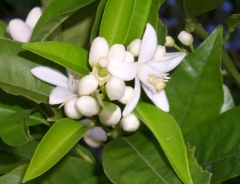 10:22pm on vacation eve and I’m just now sitting down to write.

What? You already thought I left for vacation?

I know, you guys get confused with the times on this here blog. It’s easy: I write at nights, usually the night before I post. However, being cheeky, I adjust words like “today,” “yesterday,” and “tomorrow” for the time when you’ll actually be reading the post. So, even though it’s Monday night while I write this, I’d refer to Tuesday as “today” when I write. Unless, that is, I’m writing about something I’m doing in real-time, in which case I’ll usually say something explicit like “Monday night.” See, simple?

Anyway, I’m pretty much all done getting things together… I’m bed-packed (which means everything I intend to take with me is laid out neatly in stacks on the bed, waiting to go into a suitcase). Sharaun just got home from her MOPS thing (that’s the mother’s group thing she does I always talk about, she runs the one for the teen girls – what a humanitarian I married, eh?), and she’s yet to get packing. And, with an early 5am departure planned from here tomorrow, she better get going. Ahem, I also cleaned up the joint and did dishes while she was gone – I can’t stand coming home to a messy house, kills me. So, in a word I am: ready. Let’s do this, let’s get to vacating.

I haven’t mentioned it much here on the b-to-the-l-to-the-o-to-the-g, but some friends of ours are actually joining us in Florida this time around. That’s right, we’re bringing some California folk into the sticky South. For me, this is unique collision of circumstances, and I’m not ashamed to admit I’m a little excited about showing someone the place that holds such a special place in my heart. I want to take them drinking with my Florida friends, want to show them my old haunts, tell stories with immediate context as we drive down the road. I know, it’s not that special of place to go visit… maybe even looks broken-down and busted to high-falootin’ west-coasters… but I’m still excited.

Besides, the prospect of bringing your “now” friends to your “then” place is a concept I think I could get on board with. In fact, the close group of thugs we run with out here has even floated the idea of a rotating “hometown vacation series” thing a few times. Each of us in turn inviting the other friends to come visit our hometowns, staying in various family-held cabins and properties, experiencing the local color, and witnessing firsthand the loins which birthed those who are now seem so attached to us it’s hard to remember they led other lives before the clique. Personally I think it’s a great idea, I eat culture like Asians do rice, and a vacation series like that would serve it by the heaping plateful. Maybe one day…

Before I go, a funny story: Sharaun’s home with Keaton this week when Keaton alerts her that she has to pee. She takes her into the bathroom, as usual, and removes her pants and diaper, as usual. But, instead of sitting down on her little potty like she always does, she instead moves in front of it, standing up, and just stares down at it. “What are you doing?,” asks Sharaun. “I wanna make a peepee,” she answers. “But you have to sit down to make a peepee,” Sharaun notes. “I wanna make a peepee like a big girl, like Daddy does!” Ha, I liked that. Yeah, I know, maybe it’s a little “Chicken Soup for the Whatever,” but I liked it. Suck on it.

And, because I’m way behind on posting new pictures of Keaton, here’s a small set from Bill and Susie to keep you going. Heave a sigh of relief though, as I dumped the last unsorted batch to the laptop before leaving for Florida with intent of weeding through and posting a new set while there. Look for it, OK?

Goodnight, until the sunny soupy Florida air is in my lungs.

3 Replies to “let’s get to vacating”