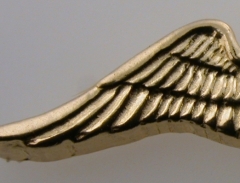 Hi internet. It’s Thursday, and the guys came over tonight for a dinner of grilled bratwurst and pizza rolls. I mean, what’s a group of guys to do when their better halves all gang up and go to some “chicks only” soirée? Anyway, it was a wild party… we watched the democratic debate. Yeah, we’re old as sin. Old as sin. Let’s get to writing.

I was searching my memory the other day, trying to figure out when I first flew on a plane as a kid. I guess it was when I was younger, as I know I went to Hawaii with my folks and grandfather before my brother was born – but I don’t think I did much air travel as a kid. I remember flying when we moved to Florida, but not much before that. Keaton, by comparison, should be some 100k Red Carpet frequent flier. I tried counting up the times she’s been airborne: Florida and back six or seven times, Oregon and back ten or eleven times, and then Hawaii and Mexico. That’s more than fifty hours of in-air time. Not bad for a newly-minted two year-old. I mean, the girl has a freakin’ passport, with stamps! I didn’t even have a passport until I was twenty five or something. She’s so global.

She’s familiar with the whole process too. When we pushed her stroller up to the security line at the airport in Mexico, she reached down, took off her Crocs, and handed them up to Sharaun (yes, the TSA is worried about bombs in toddler-sized Crocs). After boarding and taking our seats, she hopped over to Sharaun’s lap by the window to look outside because she said she wanted to “See a suitcases mommy!” as they were being loaded onto the plane. As the crew started the safety announcements over the loudspeakers, she said, “The pilot says I wear my seatbelt!” And, taxiing to the runway for takeoff, she leaned into me and said, “Might be loud, daddy?” “Yes, it’s gonna get loud for a minute,” I answered. She’s a pro, I swear. Man I love that little girl.

OK folks, it’s a pretty clean case for winner right now, but in the spirit of fairness here’s this week’s You Decide Friday poll one last time before I have to start writing. Poll closes around noon today, so, if you haven’t voted yet, act fast. Have at it:

And, changing subjects to wrap things up: Tonight I decided to put to good use some of the free space on my humongous 160GB iPod. I downloaded HandBrake and ripped some of my favorite Andy Griffith episodes (from the complete seasons DVDs) to iPod-compliant videos. I figure this way I can watch some of my favorite shows while I travel. I mean, there’s so much room on this dang thing, and even though I’ve got right around 100GB of music on there (which is a disgusting amount, actually), there’s still room to spare. So, I plan to rip some of my favorite DVDs (I don’t have many, I’m just not a huge DVD fan) and get them loaded. Things like The Goonies, Lord of the Rings, Andy Griffith, The Simpsons, y’know, stuff like that. Should be a good use of the space, and may even prove useful in a boring situation someday.

3 Replies to “the pilot says”