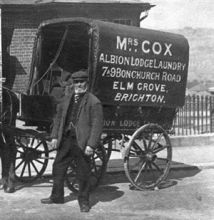 Tuesday night and my wife and daughter are still not home.

Sharaun came down with the dreaded influenza on what was to be her last day in Florida, and she was knocked onto the couch as her parents traded days off work to help take care of baby Keaton. Luckily, her flight was a free voucher-based one, allowing her to essentially infinitely push it back until she’s feeling up to the long solo flight with the baby on her lap. Well, I say infinitely, but in actuality she’ll have to make it home shortly before midnight tomorrow night, when Keaton officially turns two and goes from a free lap-child to a paying passenger.

That’s the other bit of sadness on my part for wife and child not being here as planned: I’ll be missing most of her actual birthday. Not a big deal, but still stinks that I can’t wake up and tell her “happy birthday!” (Guess I could do that Thursday, she’d really never know.)

My head is sleepy-thick right now, I had a tiring day at work and wanted nothing more than to take a quick hour-ish nap before the Democratic debate started. Unfortunately it didn’t work out, and I at best got a few closed-eyed moments while a familiar episode of Andy Griffith played quietly in the background. The only other noise was the whirring of the washing machine, an appliance I had to reacquaint myself with this afternoon, lest I be forced to realize the nightmare of going into work not wearing pants. Honestly, and somewhat shamefully, it’s been a good amount of time since I’ve actually done laundry. Not that it’s all that hard, or difficult to recall in terms of methodology, but it’s just something I’m rusty at – and realizing that made me remember how it used to be living alone. I decided I’m much happier now as a married man.

Not solely for the laundry or anything, but, y’know… whatever…

Although I must admit, as a guy who hardly ever does laundry, I still seem to do it a lot more efficiently than our family’s primary laundry-doer. Heck I did the whole overflowing bin’s worth tonight, and managed to fold and put it away. Maybe I should take over the role? Execute a laundry coup, perhaps, a hostile takeover of that noisy little room. I don’t mind the task at all.

Anyway, folding Keaton’s little socks and shirts and jeans makes me miss her so much. And, laundry coup aside, I these little socks sure do wont for some little feet to fill them up and run around the house with them on… don’t they? She calls it “La-la-lee-la.” Boo!

Oh, and before I go, something interesting: Sharaun says Keaton’s recent st-st-st-stuttering stint has all but disappeared since they’ve been in Florida.