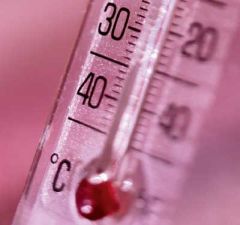 Sorry so long between entries folks, lots has happened. Keaton can do long division, Sharaun now detests untidiness, and I’m now 100% bald. Nah… I’m just screwin’ with ya. Not much happened at all: A trip back from Oregon and a day spend on the couch in misery yesterday. Why? I’m sick.

Being sick, the Monday I had planned was ruined. No waking up early to get Springtime fertilizer and spreading it on the lawn, no pulling weeds, no time in the sun. Instead I spent the whole day laid up on the couch alternating between freezing and boiling with a pounding headache and more snot than brains in my head. I started feeling bad when I woke up Sunday in Oregon, our last day there, it was worse yesterday, and I’m cautiously optimistic I’m on the mend today.

Yesterday, in a brief flicker of feeling-OK, I decided to amass the tax documents and do our 2007 taxes. The past few years, I’ve developed a strategy: Use the online H&R Block tool to rip through the process as quickly as humanly possible, trying hard to not be anal or stressed about it. Then, when I’m done, I close the whole tool and wait one day. Going back that next day, I do a very cursory review… just an eyeball to see if things look semi-right, no number-matching or data-checking or anything wise like that. Then, I press “file.” Simple as that. Taxes are a mystery to me anyway, I always think I understand what’s going to happen each year, and each year I get surprised. I guess I just don’t have a head for numbers when it comes to finance. Hell, I guess I just plain don’t have a head for numbers, period. But, we ended up getting some money back this year – which is a good thing in one way, and a bad thing in another because I’d rather not loan the government my dosh. Either way, we’re done for this year.

Speaking of windfall, we’ve managed to pre-spend some of that tax money already by way of booking tickets for an April vacation in Mexico. It’s the first time I’ve ever had to actually buy airfare for Keaton, and it hurt just as much as I thought it would. We’ll be spending a full week somewhere south of Cancun, splitting the cost of a two-sided “lockout” timeshare thing with a coworker of mine and his family. The price was decent, and the accommodations are brand new and look fantastic. Plus, since we’ll both be bringing our broods along, we plan to work out an alternating babysitting scheme that gives the husband-and-wife duets some time away from kid-duty. I’m just excited about the carnitas, swim-up bar, and sunshine. Bring it on.

And, on a funny logistically-related note, the US government says that Keaton needs to have a passport to travel. I used epassportphoto.com to whip up some pictures of her for the application, and Sharaun and I will have to both tote her down to the post office so she can give the requisite fingerprints, pint of blood, hair sample, and get her “not a terrorist” tattoo. It’s a pain in the butt, is what I’m attempting to sarcastically say, to have to “pose” my two-year-old daughter for a passport photo and whatnot. What’s she gonna do anyway, score a key and smuggle it back in her baby dolls? Doubtful.

Anyway, I just wrote this entry to get something up here for Tuesday, as I couldn’t stand to go nearly a week without a post. I have the best of intentions to also have something ready to auto-post at midnight tonight as Wednesday’s entry, so, we’ll see about that. Until then, see ya.