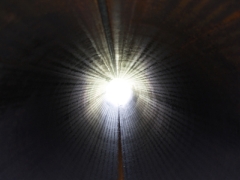 The day started like any other day, I woke up in my bed at home. A few people had crashed at the house, I’m sure their parents thought mine were home. Instead they were states away visiting family. Being sixteen and excited about the prospect of having a real “my folks are out of town” party, I had declined to join them. Chris’ older brother got us the keg. It was a wild night. Someone brought cocaine.

James was already dead when I walked out of my bedroom. Everyone else was still asleep. Mark was on the couch, Eric was on the chair, Tim and Scott both on the floor, next to James. We’d all tidied the place a bit just before calling it night, as the early light was filling the sky; it was only just hours ago, so things looked pretty unremarkable – only the quarter-full keg in the laundry room to give us away. James was plenty alive then. We all were.

Beer and weed; then the coke. I think it was Mark who brought that, not even he’d tried it before. No one wanted to, of course, but we all did. It was glorious; what God must’ve intended sixteen to feel like. We bounced off walls. We sat around the table in the dark outside, the screened-in porch lit by the moon and the cherries from our cigarettes alone. As the hours passed and the sky began to go from black to grey, we all came down pretty hard. It was the last time we saw James alive.

He didn’t look dead. He looked like Tim and Scott, sleeping on the floor in front of the entertainment center. He looked pretty much like he’d always looked. I walked right past him, right out the front door to get the paper. Mark sat up as I came back in the door. We shared a sly grin; silently acknowledging a shared rough night’s sleep. I threw the paper at Eric, hitting him in the leg. Tim and Scott were up now too. Scott kicked James, and no one was concerned at his lack of reaction

It was probably fifteen minutes later when Mark shouted to the porch that there was something wrong with James. Tim, Scott, Eric and I were on the porch again, having morning cigarettes and trying to shake the cobwebs. I remember the day being warm, even in the mid-morning. Tim and Scott went inside, Eric and I stayed to finish our cigarettes. No sooner had they left than did Scott come rushing back out. “James won’t wake up, man. Something’s really wrong.”

I can remember the immediate crushing fear that dropped down onto me, even before I’d put out the cigarette and followed them back into the house. I think I knew as soon as I heard them. Everyone of us knew what was wrong; none of us knew what to do. Eric and I wanted to call 911. Tim was doing CPR, saying how they just did it at dive practice and he remembered how. Scott was back on the porch with a new cigarette. We all watched Tim, hoping James would wake up. He stopped, and it was silent.

When we piled into the car, we put James in the middle seat between Eric and Tim. Scott stayed at the house to wait, Mark rode shotgun. I remember what was on the radio, and still can’t listen to it. Tim went into the emergency room while we all waited in the car, parked in the drive-up loop. He came back with two guys and a nurse following. No one said a word to any of us; they just took James and left. Parking, we went inside.

I thought we were all going to jail. James was dead. We’d done drugs; we’d been drunk; James was gone. No one spoke at all. We sat in the waiting room and looked at our feet.

Ten minutes later, a nurse came out and told Eric we’d brought our friend just in time; that we’d done the right thing and he was going to be OK.

And that’s how James came back from the dead. Not a single one of us was asked to fill out any paperwork. No one ever asked our names. We simply gave the desk attendant James’ full name and phone number, and were told we could go. No one wanted to know what happened; they never even asked.

His parents never knew who brought him. He never told.

2 Replies to “the day james died”