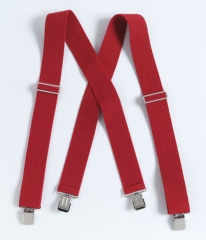 Another fine day in sabbatical land. We went to visit my Uncle Tom today, spent a few good hours hanging out and visiting, and also managed to watch Dr. Strangelove, a movie I’ve always meant to see, but have only managed to catch bits and pieces of over the years. As I suspected, it was great.

Anyway, Sharaun’s cooking some spaghetti tonight and the whole family is gonna come over to mange. Should be a good time, and it’s one night we don’t have an obligation (every night from here until we leave is booked at this point).

Before we go on, I did manage to post two new galleries full of pictures:

I was so happy to read about the new iPod, which comes in a massive 160GB model (double what I have now), and is now dubbed the “classic” model to differentiate it from the also-new iPod “touch,” which seems to be just an iPhone sans the phone. As a solemn promise to myself, I decree that I will be carrying this new iPod with me to Oktoberfest. That’s how serious I am about getting it. Just think about how much media I can get on that thing, I can have all sorts of “good… but not good enough to take up space on my iPod” albums on there now, just in case I get the urge to listen to ’em. I will buy this. Perhaps even this weekend in Orlando, where I’m pretty sure there’s an Apple store (providing they’re not sold out).

Meanwhile, plans for our remaining days in Florida are coming together. It always seems like we end up blocking off time for this and for that, with little room left for improv. That’s the hard part about “vacationing” in the place where you grew up. The visits with friends and relatives, while not compulsory, always seem to fill up the calendar quite quickly. This coming Monday, my old buddy Kyle and I decided to catch The National in concert over in Orlando. I liked the National’s album Alligator, but have had a hard time getting into their 2007 effort. Maybe seeing them play some of the numbers live will cast them in a new light. I’m excited about that, actually, as I think the last “real” concert I saw with Kyle was a Bob Dylan / Carlos Santana double-headliner – a bit of a stylistic mismatch, but two heavyweights in their own right. Still, I feel now that I was too young to truly appreciate the show (plus, I remember having a killer headache that wrecked much of the evening for me). Should be fun to make the pilgrimage and see a gig.

I’ve been trying to work out WordPress’s “post via e-mail” feature lately. This neat functionality allows you to send an entry to an e-mail address, and have it auto-magically appear on your blog. WordPress checks the mail via POP3 and posts whatever’s in there. I had it working before, but had no real use for it. Now that I’m on sabbatical, and that I have a more thumb-typing friendly BlackBerry, I figured I may actually get some mileage out of it. Problem is, I switched hosting companies recently, to GoDaddy, and, for some reason, GoDaddy doesn’t like the WordPress POP3 methods. The PHP times out, it’s apparently a semi-known issue with GoDaddy. What’s worse, WordPress doesn’t support SSL connections (this means no Yahoo mail and no Gmail). I also can’t use free POP-able mail services that send e-mail advertisements as part of the deal, as anything new gets autoposted. Anyone know a good, free, non-SSL, POP3-readable, e-mail service that has good spam blocking capabilities? Lemme know.

One Reply to “another fine day”