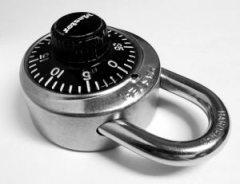 Happy Wednesday night, lovers. I didn’t write yesterday because I was preoccupied with workstuffs. Have no fear, however, as I’ll only be able to blame work for another couple weeks. Let us commence.

The other day I was talking to a friend and he happened to mention that his wife had recently secured a part time teaching gig at a local middle school. English, if you must know. Anyway, this got me thinking back to my own middle school days, and the teachers that I had as I went through the education system. More importantly, it got me thinking about teachers as people.

I’ve long known, now that I’m grown and mature and ever-so intelligent, that teachers are, in fact, real, living, breathing, humans. I suppose, if you had me hooked to a polygraph (and I had no thumbtack in my shoe), I’d be forced to admit that I’ve always known this – but the attitude allowances afforded the young gave me leave to ignore it when I was, myself, in middle school. Kids are expected to be immature, that’s why we made a word for it. Adults know pre-teen kids are going to be hellions, particularly the boys. So, despite knowing all along that teachers were indeed people, with red blood not unlike my own, I used the long leash of youth to treat them otherwise. In fact, I/we treated them downright awful, quite unlike people, in fact.

I can remember standing outside our English classroom prior to the bell, quietly informing everyone who passed by that they would be expected to throw paperballs at the teacher at precisely 1:15pm on the classroom clock. I’d never orchestrated anything of the kind before, and wasn’t even sure it would work, as it had come to me rather suddenly. Sure enough, all around the room I could see the clandestine preparations, the attempted silent paper-crumple, the tucking of the intended missiles behind Trapper Keepers and under legs. Then, as the appointed time rolled around, the room was alive with bridled energy. I knew that, should no one cast the first stone, nothing would happen. So, I raised my arm and let my crumpled paper fly. A deluge of wadded paper followed. The participation and output were worth being proud of. Some kids threw one, some threw multiples, and even the goodest of the good had no qualms about adding their wads to the lot when the onslaught was anonymous, but I saw them.

I really remember writing this next one before, but I searched the archives… and I could find it.. soo…

I also remember the time my 7th grade gym teacher overheard me telling my friends that my dad could pick locks. They had just given us a lecture on the locker room requirement for Master combination locks, as they were the most secure lock available, when I not so quietly told my cronies something along the lines of, “They’re not secure, my dad can figure out the combinations in a few minutes.” I was, of course, lying; straight-up 100% fabrication. My gym teacher was a gem though: when he overheard my hubris, he stopped his lecture and walked over to our group (the group ‘W’ bench) to challenge me. “Your dad can pick Master locks, son?,” he asked. “Yeah,” I say nonchalantly, not making eye contact as a show of cool. “OK,” he says. And that was that. Until, that is, I came back in to re-dress for class. That’s when he walked up to me with a cardboard box full of locked Master locks, must’ve been more than ten in there. “Take these to your dad for me, son. We don’t have the combinations and could really use them,” he added, smug with self satisfaction. Not knowing what to do, I took them.

When I got home, I had no choice but to come clean to my dad. I told him about how I’d bragged, how I’d lied, and how the gym teacher had called me on the carpet for the whole bit. Now, I don’t pretend to be in my dad’s head, but I like to think I identify with the spirit of what he did next. After listening and nodding, he rose, fetched the Yellow Pages from the cupboard above the phone, and flipped to the ‘Ls’ for “locksmith.” “Yes,” I heard him say, “I have some Master locks to which I’ve lost the combination, is there any way you can help me get them open?” Silence, as he listened. “Uh-huh,” he said, “I see. I’ll be right over. Thank you very much.” Then my dad and I, and the box of locked Master locks, got in the Nissan Sentra and drove the five minutes to the local locksmith. When we got there, the smithy looked up each lock in turn by serial number in a blue book emblazoned with the “Master” logo. And, one by one, opened each one and affixed to each a Post-It with the combination. With each lock opened and annotated, he rang us up at $3 each. My dad paid, and we were on our way.

When I came to gym the next day, I carried a box of opened locks, each with its combination attached. I walked right into the gym teacher’s office and handed over the box. After opening it and inspecting the contents, I could read the surprise on his face. “Tell your dad thanks from me,” he said as he set it aside, his tail not quite as between his legs as I’d hoped – but still sounding defeated nonetheless. Triumphant, I walked to my locker to change. I don’t remember making a big deal of my achievement to the crew, mostly I guess because I was afraid they’d ask how I did it and word would get back to the teacher. No, I wanted him to be deflated, I wanted him to be beaten, I wanted to be the winner.

As an aside: Not but a few years ago, I had the opportunity to tell that very gym teacher (who’s still teaching in that same gym, by the way) what had really happened. Surprisingly, he remembered the event clearly – but had forgotten it was me who had hornswaggled him. When I told him what we’d really done, paying for combinations at the locksmith, he was surprised and a touch vexed, I think. He’s a good guy, and a friend of ours that we see every now and again when we’re back home – but I still think he secretly hates me just a little for that one.

But, as clearly as the above described behavior demonstrates my point – I haven’t even gotten to the whole reason I picked this topic today… the most demonstrative story of them all; proof that, to us, teachers just weren’t classified as genetic kin.

It was the time we found out where our Algebra teacher lived. We had recognized the van in the driveway while riding bikes through the neighborhood the weekend before, it was unmistakable. We snuck out the following Friday night, armed with eggs. The mission was simple: egg her van. Something, however, went wrong when one of our co-conspirators pulled a can of spraypaint from his jacket. Before we had time to protest (and, not that we would, with the evils of peer pressure, and all), he had shaken it and tittled it towards the van. When we left, running, the van now prominently displayed in bright green: 2 + 2 = 5. Ugh, to this day I shudder when I think about her finding that in the morning. Knowing full well that she was a chosen target, and that she more than likely would see the perpetrators on Monday, yet having no way to catch them.

I think about it now, how expensive auto body work is. How paint ain’t cheap, how aggravating it is to spend time righting something you never wronged in the first place, how frustrating it is to have no one to blame, and how violating it is to be victimized in the place you feel most comfortable.

Sorry teachers, I owe ya.

4 Replies to “soylent green is teachers!”