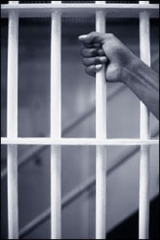 Sunday night right now, didn’t have much “good” writing time tonight, so there’s really not a lot here. Had a productive weekend (a little more on that below), with a couple early morning starts helping to make the non-working days seem blissfully long. And, before I go, you probably don’t need the reminder, having grown used to my dedication to schedule, but I did manage to post some new pictures (and a movie) to Keaton’s gallery. Let’s get this tripe over with.

I thought I hated this Decemberists album, oh, I thought I did. Then, I put it on as I mowed the lawn Saturday morning. There, with time to listen to it properly, as a collection of stories, I changed my mind. Once again the Oregon outfit had me fooled off the blocks. The imagery conjured is outstanding if you really let yourself listen, and the music behind it has some great late-sixties swirly Leslie-Hammond organ stabs and Doors-esque muted-bouncy romps. Out of the two recent leaks I initially panned, I ended coming around on both. Guess I should learn to let an album simmer a little longer before putting my opinion on the web. But, how, then, do I brag about being among the first to a leak? Speaking of leaks, I ended up getting the whole new Tenderlegs album for Sharaun on Friday – needless to say she was ecstatic. Me? I’m once again impressed with the production on the album, and could easily ID at least four or five radio-ready singles. That’s all I’m gonna say.

Sunday I decided it was finally time to put down weed-cloth, dripline, and mulch in the planter strips in my backyard. I could’ve done this in about 2hrs any day before, but I’ve been putting it off now for months. After that’s done, I can choose some plants to go back there and get ’em in. So, I set out around 11am to get it done. Ran the drip, put down the weed-cloth, and headed to the shed to get out my trusty wheelbarrow, #1 Rolla. Turns out, #1 Rolla’s long period of inactivity caused his tire to go flat. I’ve dealt with this before, Pat and I struggled for about 15min trying to hold the weel onto the beads and simultaneously hit it with enough air from the compressor that it “took” and inflated. If you’re wondering, this is just a rubber tire on beads held there by air pressure – no tube. So, I fired up the compressor to a decent pressure and recruited Sharaun. We slaved for 15min or so in the sun to no avail. Then, I got the bright idea to check the internet for some kind of “wheelbarrow tire inflating” magic trick. I should’ve consulted the internet first. Turns out if you wrap a rope (I used a nylon tie-down) around the circumference of the tire and tie a stick (I used a short piece of rebar) into the cinching not, you can twist the stick like a garrot and pressure the tire back onto the beads. Worked like a charm, inflated the tire perfectly the fist time. From now on, I’m going to the internet first.

Anyway, got the job done and the yard looks better for it. I was going to upload some pictures to the backyard gallery, but I’ll wait until we have some plant life in the ground so it’s a bit more engaging.

Thinking about raising the capital for my dreamy co-op idea, and I do believe I’ve hit on a nugget of one. Ready? We pitch it to PBS as a reality show. C’mon, it’s brilliant – PBS is always doing reality shows with an “edutainment” bent. What could be better than my pitch for “Going Green,” the chronicle of a group of friends spending their first year in an idealist community environment where they seek to live lighter, cleaner, and with a reduced reliance on outside goods and services. I can almost hear it now, that deep-voiced TV pitchman running down the list of my rich tapestry of friends: “Four engineers, a seamstress, the beekeeper and his trapeze-artist wife, the ranch-hand and the sea captain. This Fall on PBS, they all cast their lots together to follow a common dream of a simpler way of life. Out here working the land, three master’s degrees and two doctorates won’t keep them from starving. Will they succeed at creating their own little Utopian lifestyle, or will the land best them? Find out, this Fall on PBS.” Oh yeah, I could totally get all the funding I need to get things working – then, I just wouldn’t ever leave. Right.

Somehow, I stumbled on the Voices from Inside page the other day. It’s part of a project by an anti-death penalty group. While their ultimate goal is the abolishment of capital punishment (not saying I’m aligned with that), the point of the page linked above is to get pen-pals for correspondence with condemned death row inmates. Without getting into the whole debate, I think it’s interesting that a campaign like this exists. I bet one could develop some very interesting written exchanges by sending out a few letters here and there, would make for a good themed-blog… something catchy like “dead men talking.” Sure, not the most tasteful of ideas – but I bet it’d pull hits. Anyway, if you liked that link and are interested in reading more about the prison scene, head over to the prisontalk.com forums and check out the many entertaining threads there. I find the “Husbands & Boyfriends” section of the board most intriguing.

I totally want to see this movie.

One Reply to “wait for the stone on your window”