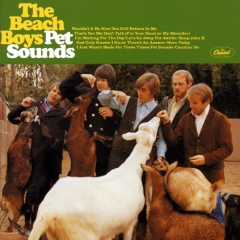 Monday night, and I’ve realized I’ve taken to opening entries with a simple statement about what night it is. Not much here tonight (canned stuff), been trying to work on the big three-year anniversary entry (not much progress there either, actually). Yeah, that’s right – sounds familiar, my humble little blog that started because I wanted to emulate others, is turning three years old next month. I’m not really sure what I’ve got planned for the occasion, maybe a statistic-driven entry tooting my own horn, sure a GIMP’d image, and likely nothing more. Sound underwhelming? That’s my style.

Today at work, my thighs burned as I walked up and down the stairs and the palms of my hands felt noticeably rough compared to their normal “computer engineer” suppleness. And I do believe I felt better for it. Each near-cramping step reminded me that I actually did something over the weekend. Breaking a sweat, getting things done – I love it. Compared to my daily job where I literally sit on my ass and type. No, seriously, I type all day long – staring at a monitor. In any given day, I experience so little outside the chest-high walls of my cubicle, my excitement is limited to corporate politics. It may sound like I’m complaining, but I’m actually torn. In some ways, I love that I’m able to do so little physically and make a living. On the other hand, I occasionally become desperate for something more – with wider boundaries and scope, maybe something more impactful or that has more quantifiable end-results. Because, at the end of the day now, would it really make a difference whether or not I answered those 100 e-mails? Probably not. I guess you’re just hearing my frustration with work of late, where the environment hasn’t been the best for a while.

Remember how I told you guys I thought there was a song on the new Decemberists album that had a “Doors sound” to it? I decided tonight to take some MP3 clips to try and make my point. Now, I’ll admit, when I heard the songs next to each other the similarities weren’t that striking – but I still think it’s worth sharing (especially since I spent 10min in Audacity whipping up the clips). So, for comparison, I present the clips

[audio:the_perfect_crime_clip.mp3]
The Perfect Crime 2, by the Decemberists

[audio:riders_on_the_storm_clip.mp3]
Riders On The Storm, by the Doors.

Let me know what you think. By the way, if you couldn’t tell from that badass driving bassline and steady drumming, that Decemberists song is excellent.

Music fanatics, rock and roll historians, and popular culture experts – you may want to shut your ears tight for this personal revelation: Up until this week, I’ve never, ever, sat down and listened to Pet Sounds all the way through. That’s right; never. Oh, I’ve read article on article about the merits and impact and durability of the Beach Boys’ crowning achievement – but I’ve always poo-pooed it all. Why? Simple: I hate(d) the Beach Boys. That’s right folks. All this time, I associated the Beach Boys with the “surf sound” that I so abhor; that Jan and Dean “Dead Man’s Curve” crap that I just cannot stomach. Really, it’s the “early” Beach Boys stuff… the surf-o-rama sound… that I can’t stand. It just took me this long to decouple that slick surfer group from the Beach Boys who did “God Only Knows” and “Vegetables,” y’know, the amazing ones. I guess it’s kinda like the guy who can’t stand the Beatles early records, the tripe like “Honey Don’t” and “I’ll Follow the Sun.”

So, what finally made me take off my blinder and listen to Pet Sounds as an album, rather than a “surf” album? I think my absolute fanatic love of Brain Wilson’s recently finished opus, Smile, had a lot do to with it. Listening to Smile, I was able to hear Wilson’s melodies and hooks as more than just surf music. I was able to hear the brilliant harmonies and layering, was able to hear the pure pop craft in the pieces, the attention to detail. Even though, to the casual listener, it may sound like “Beach Boys,” to me I was hearing something entirely different. In the end, I don’t remember what pushed me over the edge – but I finally gave in and picked up the Hoffman remastered DCC (25k gold) release of the album (in lossless FLAC format). Oh. My. God. This thing is brilliant. Dave, where the fuck have your ears been all these years?! How could you have ignored this gorgeous gem for so long, and purposely at that! Oh, gods of music, I am sorry… I lay this gold CD at your alter in atonement. Please, please find it in your heart to forgive me.

Before I go, I wanted to link over to this article at the new Porkbusters blog (blogging about government waste). Seems that senators Tom Coburn and Barak Obama have propose a piece of legalisation that would create a public-accessible website containing a searchable database of almost all federal funding recipients. This would be an awesome resource for John Q. Public, and, in my opinion, would go a long way in perhaps forcing some accountability on for whom and what funding is secured. Or, it’ll just make the money-getters become more creative in securing funds in less traceable ways. Anyway, some senator has placed a “secret hold” on the legislation, and Porkbusters is urging folks to call their senator asking for confirmation they aren’t the “secret holder.” Interesting. By the way, what the hell kinda thing is a “secret hold?”

Sorry for all the tune-talk. Love you bunches, goodnight.