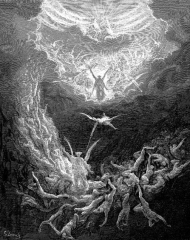 I honestly don’t have much today: an entire paragraph built around one funny thought, some other junk here and here, and two paragraphs built around links. Not much original, I fear. We’ll try to make the best of it though, eh?

Man, stem cells are good for blog comments, huh? I should write about divisive poll-splitting issues all the time. Next week I’m going to write about my opinions on using affirmative action to select condemned pregnant lesbian white women prisoners (with committed illegal immigrant christian life partners) for first an abortion and then subsequent death penalty. Yeah, that should get the comments flowing. Grease up your keyboards, you opinionated mofos… I love to hear from ya.

I know it was BoingBoingized yesterday, but it’s worth posting in my ongoing coverage of the I/L/H (my new shorthand for Israel/Lebanon/Hezbollah) conflict. Some people out there are actually rooting for escalating violence in the Middle East. I imagine these folks sitting in front of CNN cheering on the Israeli rockets with big foam-finger #1 things on their left hand and a bible opened to Revelation in their right. The more natural disasters, stem cell research, rock and roll music, and Middle East violence – the better. C’mon Lord, you’re really planning on taking these idiots?

Way to go Thom Yorke! Thom’s ‘headless solo debut crowned at #2 on its initial Billboard splash, being just barely edged out by some new Now! compilation of greatest hits. When I used to manage a record store in the mall, we sold tons of those Now! albums – people eat it up. Yeah, people love hits. Hits and crappy reality TV talent shows. Anyway, Coolfer had this to say about Thom’s good works:

Yorke’s first solo album, Eraser, is less commercial than would be a Radiohead release, and it was released by XL Recordings (distributed by Warner Music Group’s ADA). So we have a less-than-totally commercial album released by an indie, and it still sold 90,000 in its first week. Digital sales accounted for a sizeable 16% of total sales.

Somebody out there likes them quirky beats and loopy basslines! Go Thom.

3 Replies to “grease up your keyboards”