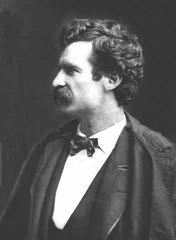 With my new laser-tuned eyes getting better and better with each day since the surgery, I expect to be able to see through steel sometime next week. As it is now, I’d be hard pressed to come up with an instance of money better spent. I’d recommend the surgery to anyone flirting with the idea – there really is no reason not to (unless it’s 1900 one-dollar reasons). Seriously, unless you’re one of the unlucky .01% for whom the surgery results in blindness and/or impotence – there’s no reason not to have this vanity procedure.

My brother got into town on Thursday, and we spent the weekend in the backyard clearing weeds and planting groundcover. I always get the most work done when I have someone working with me, it just makes time go that much faster. We got a lot done, but I’m hoping to get a lot more done in the coming days. With a work-partner, I seem to have so much more motivation than when I’m out there single-manning the thing. I’ll try and get some pictures of the work up on the galleries before mid-week, maybe alongside the week twelve Keaton update I’ve got planned for Tuesday night. Yes, I know, I’m the only one who’s really “teased” by these “coming soon” writeups… but I’ve got to write something.

Next weekend we’re headed out for Keaton’s 2nd camping trip – a two-day stay this time, on the middle fork of the American River. Should be a good affair, lots of folks signed up and I’m hoping to get out of work early on Friday to head down and stake out the best spot. We’ve done this trip many a time before, and know the campground well – it’s a gorgeous spot the only drawback of which is the fact that there’s not a whole heck of a lot to do aside from sit around and relax. A buddy suggested we setup some horseshoes – and I think that’s an excellent proposal. Then of course there’ll be the standard camping fair of fire and food cooked outdoors.

Man… I’m really struggling for things to write here… anyone got ideas? Let’s do some canned stuff written last week.

Pitchfork’s track-by-track detailed review of Thom Yorke’s pending solo effort is simply tantalizing. It’s supremely frustrating that this reviewer has had a chance to hear the effort (and even moreso since he reviews it positively). I cannot wait to hear this album, it’s like a Radiohead fan’s wet-dream to get a Yorke solo outing in the same year the band drops a new album. And, unless the review was done on an invitation-only listening party basis – it does offer some hope that, if there are promo copies in the wild, leaks will trickle down shortly.

So, in summary: I love camping, get your eyes lasered, brothers make good laborers, and let’s all hold our breath for Thom’s album.

Oh… and my trapped-spam comments count is about to hit 30k… a milestone, I think. Goodnight.

2 Replies to “in summary”