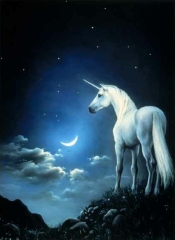 Woke up early Saturday morning, as I had Mr. Mom duty while Sharaun was at an all-day seminar. Keaton and I sat and watched a couple TiVo’d episodes of Andy Griffith while the sun warmed cracking and popping sounds out of the windows. It’s nearing 2pm now and I’ve done a tall pile of nothing all day. Did manage to sneak out and fiddle with the backyard sprinklers, which were acting up when I did my Spring-is-coming test during mowing the other day. Turns out I’ve got some annual repairs to get done before the sun kicks into gear… as there are a couple broken heads and some adjustments needed here and there. Other than that brief spurt of arguably productive time, I’ve been sitting around like a stone… listening to the iPod, clicking through random articles on Wikipedia, playing with the baby when she’s awake, and snacking on some prunes.

Oh my word folks, I’m smitten with this album by Wolfmother. This Australian band is Black Sabbath’s Paranoid reborn in the 2000s, with Deep Purple and Led Zeppelin all thrown in the blender for good measure (really, just check out the band’s webpage if you don’t believe me on the comparison here). Right now, I’m simply infatuated with the entire album, but the standout tracks for me are Pyramid and White Unicorn. Actually, I could see how this album might be lumped with the whole “joke, or not?” metal-reborn stuff that The Darkness kicked off a couple years back – I mean, some of the lyrics literally sound like lines from Spinal Tap or Jack Black’s character in School of Rock. With song titles like Tales from the Forest of Gnomes, rolled Rs, and freakin’ flute solos… this is the real deal. These kids make rock, plain and simple. Really, listen to that song I linked above and tell me it’s not 100% ass-kickin’.

If all goes well, I should be first- and business-classing it over to Munich while you read this. Expect potentially odd posting times this week, I mean… in case you’re charting them. See ya.