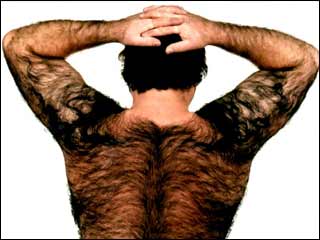 Hey guys, here goes the customary intro paragraph. Which is odd because I usually come back and write it last, after I’ve gotten the “meat” done and am out of stuff to say (don’t worry, you’ll be able to see it all happen in “behind the blog,” soon to be shown 600 times a week on VH1). No but for real. This weekend was good. Friday night Kings game at my place, Saturday worked in the yard and went mini-golfing, Sunday on the river all day and another Kings game. Next week sounds good too, Tuesday we catch the Shins/Decemberists show in Davis (a local show? awesome!), Wednesday Kings game. There, see – we’re all caught up on the junk and I can write what I’m here for.

Watching TV the other night, I saw a commercial for these new condoms that produce a “warming” sensation. Are you for real? Dude, if there’s on time I don’t need to be any warmer – it’s humpin’. Considering my natural internal body temperature is lava-hot compared to most humans, and that I’ve been known to break into a fevered sweat from just thinking too hard – artificial warming is the last thing I want. I mean, especially when I’m doin’ it. I gotta open the windows and turn on the fan as it is, I’d have to be insane to want to turn up the heat anymore. I’ve been cursed with a Bikram existence that has me sweating from a shower and while swimming. Now come up with a condom that chills the room to meat-hanging temps and you’ve got a lifetime customer.

I’ll tell you a story that haunts me to this day. Back in my first year of high school I used to ride the bus. Now, yes, there are some great bus-stories (carefully placing homemade pungee-sticks to pop the bus’ tires and render it useless for transporting us to school; removing one screw from a different place each day until every window and seat was ready fall apart; etc.), but in this story the bus in only the setup. We were ridging home one afternoon, headed towards the corner where we’d be dropped off to walk the block or so home. This day it so happened that the man who lived in that corner home was out mowing his lawn as we drove up. Only thing was, this guy had what was quite possibly the hairiest back I’d ever seen. So, here comes a bus full of young kids – and there’s this old, slightly overweight, sasquatch-looking dude mowing his lawn. We did as all good kids would, we laughed till we cried and made fun of this poor sap. I mean, why would someone so disgustingly hairy mow his lawn without a shirt?! Surely he knows how utterly repulsive he is as an example of the human form, right? Hairy man, do you have no shame?! If I remember right, I actually yelled some comment out the window at this sad man – although I’m sure he didn’t hear me over his lawn mowing.

So, what’s the point you ask? Well, for those of you who don’t know – I am now that man. And I can’t help but think that my cruelty that day has spun around on the wheel of fate and dealt me this Teen Wolf hand as some ironic justice. The God of body hair looked down on me that day and put me on his list. Then, as I reached my late teens – he sent his demons nightly to slather my back and shoulders with Rogaine. These follicle-awakening imps took me from baby’s butt to missing-link with a quickness, and one morning I awoke to a hideous sight. That sad man, that poor sap – he had nothing on me. My hair had reached a thickness and luster to rival Pantene commercials. And as the years went on, not only did the Black Forest that is my back and shoulders continue to flourish, but the hair that I’m supposed to have started to take off. Maybe those “good guys” hairs from the top of my head were forced out by the urban sprawl of my back hair, I don’t know.