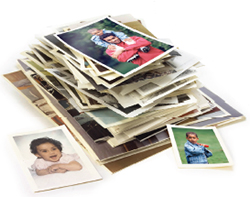 Yesterday we got our pictures back from scanmyphotos.com and I have to say: I’m beyond satisfied with the results.

I ordered the “fill it up” box for around $120 (searched around on Google and found some coupons too so maybe it was a little cheaper than their list price) and Sharaun and I jammed that thing with pictures.  And, even with all the prints we had from her collection and my raid on the folks’ old albums – we were still shy of really topping off the box.  I shipped the thing the Thursday before the Independence Day holiday and I’m almost certain that, were it not for that three-day weekend, these guys would’ve had the prints scanned and back to us in a couple days (they are just south of us, after all).

Getting the photos back, we learned that they scanned 1,525 images for us.  Amazingly, out of all the images we sent, only ten were not scanned – and this was because there was a little too much residual stickiness on the backs of them from years stuck in those old albums at my parents’ place.  However, when you consider that 10/1,535 is something like 0.06%, that’s a really amazing working percentage.  Honestly, I can scan those ten loose images myself and everything will be fine.  They were also able to scan all the odd-sized images Sharaun took with that stupid stupid fake “panorama” style film that was popular back in the 90s.  You know, the ones that make prints that are like 13″ long and stupid?  Yeah those.

The images themselves are scanned at 300DPI.  I’m happy with this resolution, and having tried to scan some images myself in the past (although by no means being an expert) at higher resolutions, I know there was (at least in my experience) limited gains by scanning a printed image at 600DPI or higher.  Anyway, the 300DPI scans from them look great as far as I’m concerned, allowing for the understanding that you’re only gonna get so much from the print anyway.  You can pay extra for color-correction, having the images rotated to the correct orientation, or having them scanned in named groupings.  However, since I’m cheap and I want to flip through them one-by-one anyhow, I’m just doing any touch-ups as I go for free.

Anyway, for my money, you can’t beat this service: it’s super fast, the prints look great, it’s cheap, and you don’t have to do it yourself.  And, I mean… seriously… how else are you going to get pictures like this WTF gem into your digital collection?: 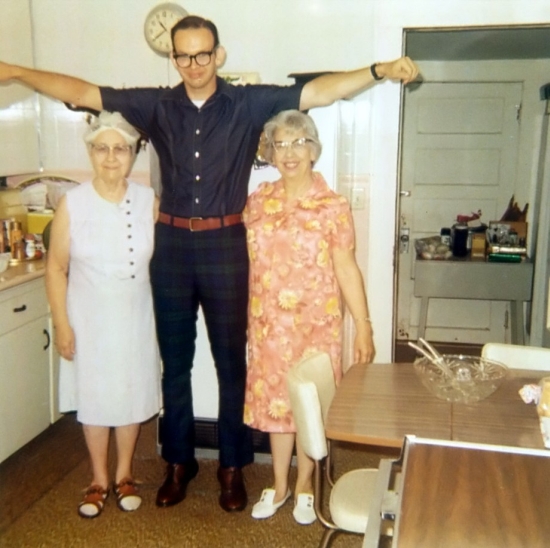 And folks, that’s just the tip of the iceberg.  Watch the blog next week for some better-written and more cohesive reviews of some of the better images we were able to have scanned.

For now, enjoy my Dad above showing (perhaps) how much larger he is than those two older ladies.  Wow.

One Reply to “got our pictures back”