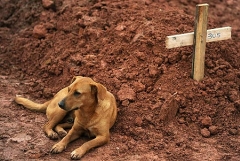 Hi Thursday.  Work today might suck, so I wrote this in preparation.

I like writing about music, so I thought I’d write today about songs that “move” me.  A lot of songs move me in positive ways, making me happy or pumped-up or reminiscent, but the sad songs seem to get the short shrift.  So today I want to focus on just a few songs which make me feel… sadness.  Some, in fact, move me to the point of tears; not because of some associated memory or anything, but just because the songcraft or words or whole package is done juuuust right.  Here then, are some songs that make me sad.

How can a song about teen suicide not be sad?

Poor kid.  Who knows what’s driven him to this.  To climb out onto the ledge of a building and contemplate ending it all.  Paul Simon narrates from a 3rd-party perspective, showing us the crowd and the cops and the poor child’s mom, begging someone to rescue her child, to not let him die.

Where does it wrench the gut?  Oh, people, if you’ve heard it all the way through and you don’t know… they you ain’t got blood in your veins.  After all that time up there, all alone with his thoughts, the crowd that’s gathered below is growing hungry with bloodlust.  As night falls and the the police train their spotlight on our protagonist, Simon almost laments, “He flew away.”  The song changes drastically, and is a cue for us to recognize that we’ve now entered the mind of our young jumper.  We hear his thoughts as he falls, “Oh my grace, I’ve got no hiding place.”  Over and over again.  The lack of resolution makes the resolution clear.

As soon as I hear that, “He flew away” bit… I get chills and can almost feel the weight of that fictional kid’s choice.  What an awesome song.

The Ballad of Humankindness – The Dears (from the album, Gang of Losers, 2006) [listen]

Who said sad songs can’t be powerful?  Because, let me tell you, if a dude did say it that dude was dead wrong.

By now you’ve maybe queued up the song from the Grooveshark link and it’s starting.  You might be wondering, “Dave… this sounds cheesey.”  Stick with me!  Please, I beg.  Just make it through the trumpet solo (and don’t let the fact that there’s a trumpet solo turn you off).  Right around the end of that solo, you’ll hear a stray tambourine… it’s your warning bell, your omen, your hint of the amazing denouement to come.  Musically, this track is like a lovely jack-in-the-box, winding and winding and winding and finally exploding into an orgasm of arpeggio guitars, steady tambourine, sing-song chorus, and that final strum-hold/strum-hold/strum-through rhythm.  Musically, it’s bright and powerful and… maybe you’d say… happy-sounding.

But people, this is one sad song.  I don’t pretend to know what it’s about, other than maybe a little dancing girl, but I like to imagine a story in my head of a father who, for whatever reason, has lost his daughter.  Years ago, maybe it was an accident, or a divorce, or even just bad blood and a broken relationship.  This song is him remembering when things were better.  When she was maybe five and he was her idol and her rock and everything she looked up to in the world.  He can think back to that day, maybe she was just dancing around silly in the house, maybe it was her ballet recital, but it’s a perfect memory and he holds onto it.

The song really gets bad, sad-wise, when everything else drops away and all you get is the upright bass, somewhere around the 3:40 mark you get that little bass solo.  So deep and round are the notes on that big bass that you have to turn the stereo waaay up to hear it.  But this bass breakdown represents, to me, my fictional dad’s breakdown.  He knows his memory isn’t reality and this is the part where it all falls apart.  Dang.  Tearjerker (in my own mind).

She Sends Kisses – The Wrens (from the album The Meadowlands, 2003) [listen]

I wrote about this song already, back in 2004.  I loved it then and I love it now.  The lyrics are so perfect, 100% unrequited love.  The girl is gone.  She’s been gone.  He spent a lot of time missing her, still misses her, maybe not rawly or every day anymore, but he still loves her.  He’s got all these memories of the time they spent together, how much he worked for her, how badly he wanted her.  “Hopes pinned to poses honed in men’s room mirrors,” and “I put your face on her all year,” are simply amazing bits of lyric.

And then, around the crescendo things go dim.  My eyes go damp, my chest goes tight.  This poor, sad, pining sucker.  This dude is head over heels and this specter from the past just sent him a note signed with Xs and Os.  Those are stupid-letter-code for kisses!  Kisses?! That bitch!  After all this time she’s going to do this to me?!  He reads the note and sees those Xs and Os, knows what they mean and all of the sudden, “Back doors blow open.”  Every memory cued at half speed, it all comes flooding back.  Xs and Os.

Oh you poor man.  Down the rabbit hole again.

Thorn Tree In the Garden – Derek & the Dominos (from the album Layla and Other Assorted Love Songs, 1971) [listen]

A gorgeous song by Dominos member Bobby Whitlock.  An unbelievable stereo mix, the guitar and sparse knocking percussion clear and present and balanced.  The harmonics repeated in the background almost like bells.  I imagine I can hear Whitlock’s held-back tears.  At the end, when he goes falsetto to wonder, “And maybe some day soon, some way…” you want to just put your arms around they guy and tell him it’s going to be OK, it’s all going to be alright.

I wonder how many people have listened to this song whilst bawling over their very own lost love.  I wonder what they’d think if they learned Whitlock was actually singing about a dog.  Yeah.  A dog.  A roommate of his took his dog and killed it. Bobby hated him for it and wrote this song to “out” him to the world as the guy who did such and awful thing to the pet he loved.  Don’t worry though, those of you who may have misappropriated the track, Whitlock himself clarifies, “It’s all about love anyway. There is no love of this and not that. There’s no measure of it. Whether it’s a dog, your mother, dad, brother, sister, your companion, your horse or your neighbor, it is that one thing. It doesn’t have a distinction. There’s no barrier, it’s just one thing that encompasses everything if you stop and think about it.”

OK, that’s enough for sad songs.  Here, have a tissue.

How about you?  Got any songs that start the waterworks every time?  What did I forget?  “Tears in Heaven?”  Cash’s “Hurt” cover?  Yeah, saaaad.

One Reply to “some sad songs”