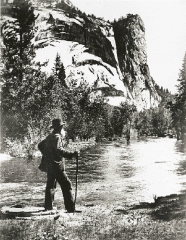 Seldom do I have a more enjoyable few hours than I did this Sunday. The weather outside was amazing: sunny, warm, and breezy. After Keaton went down for her nap, I decided to do the same. I put on the XM “deep cuts” classic rock station and drifted of into to some perfectly temperate and breezy dreams. The Deep Cuts was on-point too, not shuffling up a bad song in the bunch. Was a little glimpse of what I hope I get to do with some of the relaxin’ time I have on my upcoming sabbatical (which, incidentally, is just a mere twenty days from today). Even better, I awoke and decide to pour a nice glass of white wine, still chilled from last night’s dinner. Ahhh….

Called my mom Friday night and offered to buy her a ticket to Hawaii with us when we go in October, asked if she’d want the free trip for the part-time responsibility of playing nanny to Keaton. The thought being that Sharaun and I could get some sneak-away time where we could do some of the less baby-friendly things we’ve been eying online: snorkeling, helicopter riding, going-out-at-night-and-getting-crunk-ing, etc. She said she’d consider it, and then called back early Saturday morning to confirm she’d be down as long as she could get the time off work. Sharaun and I are both hoping that won’t be an issue, and that she’ll be able to accompany us. I’ve held off pre-booking admission to the Old Lahaina Luau until she’s confirmed, as I think it’d be an awesome thing for us all to do.

Meanwhile, Anthony is off in Italy on his sabbatical, and that leaves all the planning for our (now abbreviated) John Muir Trail hike up to me alone. However, if you ask me, I’ve been doing a pretty bangup job. We’ll hit the trail a mere two days after Sharaun and I return from Florida, starting our journey at the more than familiar Happy Isles trailhead in beautiful Yosemite valley and ending our six day, ~110mi trek somewhere south of Lake Edison (at the Muir Trail Ranch/Camp area, for those in the know). This ends up being pretty much dead-on half of the original ~220mi Muir Trail thru-hike we’d planned to do, which I think is a good compromise considering the late planning and lack of hardcore training on both our parts. We’re still looking at some seriously rough ~20mi/2,000ft days, the worst day being the first of them all – and absolutely grueling seeming indoctrination: where we’re slated to climb a staggering 5,500ft over a scant ~14mi.

Anyway, if you can’t tell by the increased frequency with which I’ve been referencing my sabbatical plans – I’m damn ready for those two months to roll around the ol’ calendar. We can move on though, I’m capable of progress…

Lately, I’ve been having a problem with my hands. To be more specific, my fingers. I have a general “tightness” in them at the end of the day and in the morning, and every couple days I get downright an intensely painful sensation in the middle fingers on each hand – like theres a cramping the elastic “string” part that controls the flexing and bending. I am nearly 100% convinced that this finger pain is due to two things: 1) the amount of time per day I spend typing, and 2) the unnatural, ridiculous way I type. My self-taught modified hunt-and-peck method actually allows me to type at a fair clip, but it ignores the pinky fingers altogether and uses only my index, middle, and, occasionally, ring fingers. In what I’m sure is no coincidence, my middle and index fingers do 80% of the typing, and are also the ones that hurt most. I have this feeling that I should make an attempt to learn how to type correctly, or that I’ll be useless at my job, which is heavily e-mail reliant, by the time I’m forty.