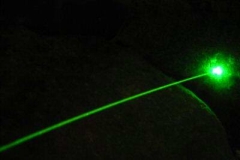 Hey hey Monday. Sharaun and I had a date night tonight, with friends picking up the babysitting duties as a favor. It was nice. I’m gonna write about work, so prepare for some gender-neutral non-specific generic-talk.

Today we had an important meeting at work. Various strata of management assembled in a room to update the troops on this and that and the other thing. The atmosphere was one of placation, as the managers came forward and tried to stomp the ashes of a wildfire of their own creation. I was there, people I work with were there, and my managers up the “chain” were there – we were all there. I entered the room to standing room only and took a space leaning against the wall near the rear. Soon, we were deep in conversation and exchange, higher-ups sounding polished and confident as they spoke to the room. Some people listened, some asked questions, some (me) shifted from left foot to right foot thinking mostly about their numbing ankles. One person, however, did something that I found totally interesting.

This person, a manager up the food chain a few evolutionary steps from me, sat in the back of the room and played with a laser pointer. The laser pointer was used to trace the hand that wasn’t holding it. It was used to make pretty patterns on the wall as it bounced and reflected off a ring on that same hand; was wiggled in tiny circles in the center of the palm. All the while this manager’s attention was fixed, not on the goings-on of the meeting, but on that laser pointer and its beam. With nary a care for the business going on external to that laser-pointer-and-hand world, the manager sat engrossed in whatever thoughts accompanied the mindless activity.

Now, I’ve seen this manager do all sorts of high-and-mighty things: wheel and deal in million-dollar negotiations with customers; give orders to fire and to hire; make quick strategic decisions; and play workplace politics with the best of them. One thing I’d not seen this manager do though, before today, is act bored – act somewhat human. I mean, who hasn’t drifted off during a meeting? Who hasn’t let their mind wander off into daydream land? It’s actually refreshing to see that the mighty also get bored. They invent little games to keep them entertained just like the rest of us when our thoughts drift, they have their own balls of yarn they can resort too when things drag on. Glad to know we all need a little mental break sometimes.