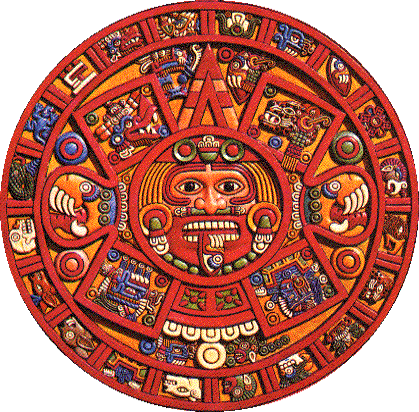 Nine months is a long time to wait people. But, it’s to be expected and so I didn’t have much trouble dealing with it, being patient while biology ran its course. But, every post-due-date day I endure makes the pain of waiting that much more acute. Now, my chest barely contains the swells of anticipation which flood in each time I think about another day going by. It’s like a never-ending Christmas Eve to the 6yr old expecting a new bike under the tree, hour after hour of that gut-drop feeling you get as you top the 1st hill of a roller coaster or go weightless at the apex of the chain on the swingset before coming back down. It’s absolutely ridiculous. I made the mistake of letting myself expect her on, or before, her due-date – I made very little mental provision for her coming late, even though I’d been thoroughly warned it was more than likely for a first child. Listen to me, she’s not even technically 24hrs overdue at the time of writing – and you’d think I’ve been in birth-limbo for a century.

When I was a kid, my brother and I would fantasize about creating robot-clones of ourselves. After we had these robot clones, we’d surreptitiously send them in place of our real selves where the situations was such that we’d rather not be there. For instance, these robots would go to school for us, do chores and homework for us, while we lazed about idly, wasting time doing whatever we wanted to. I think it was more of my idea, but I do remember talking to Frank about it and agreeing on the plan’s high level of bitchin’ness. Anyway, the reason I bring it up now – I had a similar idea the other day at work. Usually, I log on and check my work e-mail a couple times from home each evening. Working across multiple time-zones, it’s highly beneficial (not to mention makes a good impression) to check mail during non-US working hours. By logging on and firing responses at night in the Americas, you can potentially avoid the obligatory 12hr turnaround when talking with folks in Asia or Europe. And, besides, logging on at night and getting a “jump” on the work of tomorrow makes me appear productive and dedicated – things which the hippie in me spits on, but the yuppie craves.

Anyway, while swamped yesterday afternoon, I ignored incoming e-mail, thinking instead how how I’d at least have 30min or so that evening to catch up. That’s when I remembered the robotwin idea of my youth – albeit a slightly more realistic incarnation. What if you could hire a secret assistant? Someone who you could train at what you do, and who could share you workload. Only you would know about this person. It wouldn’t work for all jobs, but for a job like mine where there are significant behind-the-scenes in addition to the face-to-face aspects – I could see it working. This secret assistant would have access to my e-mail, could read and respond as me, could produce items tasked to me, and could take care of all sorts of things supposedly “owned” by me. That presentation I’m giving on Thursday? He did it, I just show up and present it. That response I owed customer X? He wrote it, with the knowledge I passed to him during training. You could do the work of two men, you’d be Superman. Better yet, if your kid is going through college and has chosen to follow in his dad’s footsteps and study pop’s job – sign him up for some unpaid OJT. Genius, right? I’m totally getting a secret-assistant.

I don’t know if anyone else noticed, but the “PortGate” headline on CNN seemed to waffle yesterday. When I 1st checked CNN upon logging on at work (my modern-day substitute for the morning paper), the headline read: “Bush: ‘People don’t need to worry about security.” Reading a headline like could give a body the feeling that GWB isn’t taking the country’s security in general seriously (hey, I said it could be read that way – not that that’s what was intended when it was written). Then, sometime before noon the quote changed to: “Bush: ‘People don’t need to worry port about security,” my own emphasis added. Then, around 1pm it was back to it’s original form. The addition, or not, of the security qualifying word “port” seems to make a pretty big difference in the statement, at least to me. In the port version, Bush is simply saying that people not need to worry about that specific aspect of US security, i.e. the administration’s got that locked. In the portless version, I don’t know about everyone else but the feeling I get from the quote is one of a president being too complacent, even downplaying the import of national security. Funny that they changed the headline, I wonder what the real quote was? A Google News search for the exact phrase “people don’t need to worry about security” turns up a ton of PortGate articles, while the phrase “people don’t need to worry about port security” turns up zilch. Wonder how that errant “port” got in there… wish I had a screencap.

Stumbled on a really cool website the other day called freecycle.org, where people start up geographically-based “communities” of users that post things they are giving away instead of simply trashing. Kind of like the “free” section on your local Craigslist – but better because it’s all free. There are nearly 300 members in my own ‘burg, and just doing a cursory perusal of the messageboard I found several completely free items I wouldn’t mind taking off someones hands. What a cool idea, this is why I like the internet – it’s a big hand-holding group dry-hump.