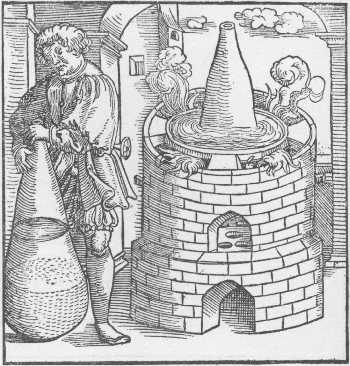 OK, I’m gonna go ahead and get the crazy-talk out of the way before I move on to more regular blog ramblings. Prepare for a full-on URL linkfest, you could read for hours on the links I’m giving you here… For those who want only blog-style goings-on, fast forward a few paragraphs and read the bottom junk. Thanks.

At various times in the past 4 or 5 years, I have been intrigued by the idea of so-called “ego death.” Unlike some of the ideas that get stuck in my brain, I can actually pinpoint how my thoughts were directed to such a seemingly obscure subject:

It all started with an interest in classic alchemy. Spurred, believe it or not, by a Smashing Pumpkins album several years back. Alchemy is the process whereby early “chemists” tried to change (“transmute”) base metals into gold. I read a lot about the processes and ideas of these early chemist-cum-get-rich-quick folks, and was fascinated. Some of the theories and ideas put forth by people like Hermes and Paracelsus just sucked me in and and made me want to learn more (and vintage alchemical imagery is just engrossing to me for some reason). From there, I got interested in “spiritual alchemy,” which led to reading a bit of Jung’s thoughts on it. “Spiritual” alchemy is just the appliance of classic alchemic ideas to the spiritual: the belief that a “base” human can be transformed into a more spiritual being (gold) through a series of transmutations, or refining steps. Somewhere in there I got tangled up with the origins of religion as we know it, which led to some interesting entheobotany research. I read up on that for a while. Including one book which purports (among other things) that the manna that God’s children survived on while lost in the desert was actually psychedelic mushrooms, and that the origins of Christianity were born out of an altered-consciousness “hoax.” It’s a super interesting read, if you’re daring enough to wade through it. (Here’s the Christian refuting for equal-time’s sake.)

Anyway, the entheobotany stuff somehow morphed into an interest in all kinds of Gnostic materials. But before the Gnostic phase, I somehow came across the writings of Terrence McKenna. McKenna is a kind of modern-day Tim Leary, a “pioneer” in the use and “study” of pyschoreactive substances (LSD, mushrooms, plants, etc.). I was reading McKenna when I first heard the term “ego death” or “ego loss,” which in his case was in reference to a psychedelic experience. He himself only accomplished it through the use of psychedelic mushrooms. I don’t know if I want to go eating caps to gain a greater spiritual understanding of my place in the universe, but the ego death thing sure does sound intriguing. From a website:

“It is an ecstatic state, characterized by the loss of boundaries between the subject and the objective world, with ensuing feelings of unity with other people, nature, the entire Universe, and God.”

Sounds kinda awesome. Losing your sense of self or something. Anyway, if anyone knows of some non-drug-taking way to achieve it, let me know. And now that I’ve managed to demonstrate my insanity – I’ll change subjects.

Wanna see how I got three free months of cable and internet and a personal phone call from AT&T Broadband’s VP of customer support? If my dad taught me anything, it’s that you gotta write letters when you’re pissed. It’s an old letter, but I found it while cleaning out my “My Documents” the other day, and thought it was kinda funny.