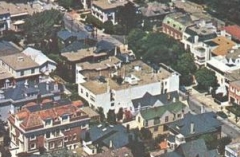 If there is a stinking dance show on the television, Sharaun will find it.  If there’s not one, she’s got one recorded and will watch that.  Man I hate dancing shows.

So I grab the laptop and don some headphones and listen to music and surf the internet and write.  Newlyweds, take note: this part of a successful eleven-year marriage.  I can silently protest these despicable dance shows and their infestation of my living room while at the same time listening to some funky breaks and maybe watching an old episode of HBO’s Braingames on YouTube or searching Amazon for the best Led Zeppelin biography.  Later, we’ll reconvene, husband and wife, and it’ll be as if the dancing show never happened.

I might get a bowl of cereal here shortly.  I downloaded a ton of vintage Smurfs cartoons for Keaton a month or so ago, before I’d heard about their coming CGI resurrection, and she’s been really into them.  So much so that she begged Sharaun to buy some Smurfs cereal in the store the other day.  Turns out this stuff is just Fruity Pebbles, but with only blue and white crunchy things.  Since my favorite cereal on the face of the earth is Cocoa Pebbles, and Fruity Pebbles is close, I’m pretty dang fond of the Smurfs cereal.  And, hey, there’s not much like the 10pm bowl of cereal to cap a night.

I flew today.  The half-hour flight on the sawmill shuttle.  We zoom high above farmland and the Marin Hills.  In the morning the stewardess brought me a Nutragrain bar, the strawberry kind, and I’d already finished my coffee so I ate it with a dry mouth, laboring over each cement-mix piece.  In the afternoon flight, the flight back home, the stewardess (a different one) offered me a choice between a school-lunch size bag of pretzels or the same size bag of chocolate cookies.  I chose the chocolate cookies and discovered, upon opening them, that I had been deceived as they were simply some kind of “wafer thin” cracker thing with dryish chocolate things embedded in them.  Again dry and again I’d already tossed back the last of my (afternoon) coffee so it was like chewing ashes.  Tasty ashes.

Thinking about taking the family to Disneyland next weekend to celebrate Sharaun’s birthday.  We did it last year and really enjoyed it.  Disney is not cheap.  You can’t really get a weekend down there for a whole lot less than a grand.  That’s pretty insane for a weekend.  But man I love Disney.  I’ve looked into tent-camping near the park; there’s one RV place within walking distance which charges $30 a night for tent spots – a body could save $50-$70 a night doing this.  There are some nice state parks within driving distance, but then you’d have to park.  Hotel is likely the simplest option with a one year old.