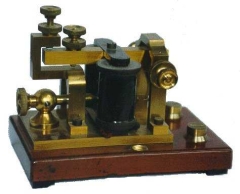 Monday in Florida and it’s hot. I’m sure it’s been hotter, and muggier… but as I was packing Keaton’s things into the trunk of the car afore we left Sharaun’s grandmother’s house (where we spent the night last night), I was sweating. Seems like, with this Florida heat, I alternate between loving and hating it. The other day at the beach, for instance, I recall thinking that the wet heat was rather enjoyable – almost like a free sauna. Something about the humidity and the thin sheen of sweat it fosters make me feel “clean.” Then again, that same thin sheen of sweat and oil also makes me feel like I need a washing up. So it cuts both ways, I suppose. I think I can see, though, why so many old folks move down this way – the heat is good for the joints, and the humidity makes my skin feel good. I figure I could be old here…

Looks like we may get another afternoon thunderstorm here in central Florida today. The thick and dark clouds are rolling across the sky so quickly that they alternately block and don’t block the sun like they’re sending some kind of divine morse code message. For a while there I thought I might jump in the pool while Keaton napped, but then the clouds rolled in and I thought better of it. I’m home alone with Keaton, if you couldn’t tell. Sharaun’s gone to get a pedicure or some such womanly nonsense with her mom. I took advantage of the situation and hooked the iPod to the stereo for some jams.

Some guy knocked on the door, and when I answered it he stood there in a well-worn t-shirt, torn jeans, and bare feet. The bike he’d rode up on lay on its side down the footpath, and he had a small hacksaw and a pair of hedge clippers in his hand. “You guys by and chance want your bushes trimmed up there?,” he asked, motioning to the hedges around the front of my in-laws’ place. “I’m trying to earn some money to get my kid some food to eat,” he finished. “I’m sorry man,” I say, “I don’t live here and honestly don’t know if they’d want it or not.” “No problem,” he says, and moves on. Admirable, says me. No sedentary cardboard-sign holding for that guy – just some feet-on-the-street effort to try and make a few honest dollars. After I’d sent him off, I almost wished I’d just given him a few bucks… but, I didn’t.

The final details of the John Muir Trail hike Anthony and I begin exactly a week from today came together over the weekend with the response to a mail I’d sent to Vermilion Valley Resort inquiring about long-term parking of our exit vehicle there while we hiked. The resort is the planned terminus of our hike now, for many logical reasons, most of all being that it’s the only really “convenient” exit point accessible to vehicles around the length of trail we’d like to cover. We plan to leave Anthony’s car there for the week. The folks at the resort replied that it’d be fine, at the modest rate of $2 per night.

The plan now is to drive down to Anthony’s folks place (much closer to where we want to be) on Saturday, staying there that night. Then on Sunday, a local friend of Anthony’s will follow us on the three hour drive to Vermilion Valley Resort at Lake Edison, where we’ll leave Anthony’s car, and then that same friend will drive us another three and a half hours up to Yosemite where we’ll pick up our passes before he drops us off to spend the night in backpackers camping that last night. We’ll be near Curry Village that last night, so we’ll have a chance to eat one final “real” meal and purchase any last-minute items we may find we’ve forgotten at our last gear check. We plan to depart from Happy Isles trailhead sometime around six or seven that morning – with the best intentions to maximize our mileage on that grueling first uphill day.

If all goes well, Anthony we’ll rejoin his waiting vehicle back on the shores of Lake Edison some seven days of walking later. That is, unless we die or give up before that; in which case – who knows how we’ll get to a vehicle.

Well, Kyle’s coming over at six o’clock to pick me up and ferry us over to Orlando for The National show tonight. Hoping the show will be good, as I’m pretty beat from running around like crazy over the past week – and I’d hate to be bored to tears and an hour from a bed at 1am tonight. The company should make it worthwhile though, I always have liked hanging out with Kyle.