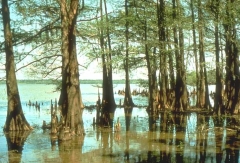 Sitting in a cramped conference room, the multiplied body heat of 20-some individuals making the air thick, warm, even oppressing. I’ve got my khakis on, matching brown socks with my fancy brown loafers. Nearly too-tight shirt tucked in and cinched with a brown belt. My face is greasy from sitting in this swampy room, and the hotel breakfast buffet has turned into liters and liters of gas bubbling around inside me… shifting through my intestines with audible groans on its way out those khakis I mentioned earlier. I’m uncomfortable, but obnoxiously confident as I feel I’ve been doing a great job addressing customer questions. It’s part of my personality, you know, being overly confident and cocky when I’m hot, and completely defeated and sulking when I’ve been trounced. I’m peak-to-peak with work, but in life I’m more middle of the road… taking things in stride.

Yeah… at the customer, things going rather well, in fact. Austin seems like a nice town, hoping to be able to head out tonight and take some of it in. Sharaun hid some pictures of her and Keaton in my suitcase, with little Post-Its attached. Attached to this picture was a note that said, “Even with these glasses, I can’t find my daddy. Come home soon, we miss you.” I think I actually squealed with glee upon opening my carry-on and finding them last night. Seeing that little girl made me miss her so much, I’m looking forward to my less-than-24hrs hometime between this three-day Texas visit and Friday’s Colorado one more than ever.

Today my brother drove up from Ft. Hood to spend an evening with me. It was a good time: we ate a nice leisurely dinner, bought a pack of Camel Menthols, had some beers, and talked life. Even though he could only stay a few hours, it was great having some time to catch up. I miss my brother, there’s so much I don’t write about there… some things just don’t belong on the blog I suppose. Maybe one day, when all the stigma has gone away, I’ll try and write what I mean – but for now it’s relegated to conversation between close friends and family (where it belongs, I think). I’ve told my brother, in semi-seriousness, that I’d like to author a story about his life thus far – as I think it’d be one hell of a human-interest piece. I guess you’ll just have to wait for the book, eh?

Y’know, in almost every one of my entries here on sounds familiar, I try to reference other entries I’ve written previously. This is somewhat of a strategy on my part, half selfish, half lazy. One the one hand, I have this idea in my head that folks actually click through to my supporting links, and perhaps re-read an entry written long ago, thus leaving the blog with the overall impression that I’ve got a lot more substance than just what I wrote the night prior. On the other hand, referring to old junk saves me writing time, helps me remember how I’ve described things in the past and fall back on them for reference. I guess one good thing about having written so much over so long is that there’s a pretty decent base from which to draw material. I find that I rarely have entirely new ideas…

For some reason, on the plane over I decided to set the iPod on a random mix of all albums by The Silver Mt. Zion, who also go by The Silver Mt. Zion Memorial Orchestra & Tra-La-La Band. Y’know, I’ve always known I like their music – but I just realized on this trip just how much… these albums, although likely repulsive to some, are simply outstanding to me. Some kinda crazy stringy beatsy mess, often invoking a feeling of stark loneliness or some kind of “knowing evil,” plotting, perhaps; or fireside romps inside circled multicolored wagons, I have no idea how to describe this shit. All I know is, it’s perfect for traveling… especially when the feeling of being away from home is magnified for a first-timer away from his daughter. Right now, I’m sitting here in the hotel listening to the vocal/piano breakdown that helps close God Bless Our Dead Marines, and it couldn’t be a more poignant soundtrack: When the world is sick, can no one be well? But I dreamt we was all beautiful and strong. I’m telling you, the implied evil, or solitude, or desperation, or whatever it is that gets to me in this music – perfect (much better than the new Radio Dept., a leak which I was eagerly anticipating based on their previous effort, and which I can’t seem to get into).

Goodnight my friends, heading to Houston tomorrow… next post from there.