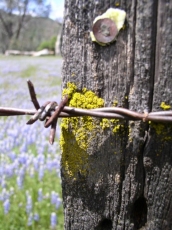 I completely kicked ass at work today, and feel damn good for doing so. In fact, today was one of the best work-days I’ve had in a long time – the planets all seemed to align for me, and things just kept falling into place as if guided by the divine. Coming off a day like that, and arriving home to this brand new food-to-poop-converter Sharaun and I gave life to, puts me in an exceptionally good mood. As I tick off items on my to-do list, my confidence grows. Taking time off for Keaton’s arrival put a more significant dent in that confidence than I’d originally thought.

You wouldn’t think two weeks away would be able to cause much pause, but for me, that feeling of being “out of it” that I described the other day really gnaws at me. I don’t feel right as a “manager” until I’m holding all the reigns of that team of horses before me. I know I’m to blame for my confidence waxing and waning in relation to relatively unrealistic factors, after all, I’m the one who sets these fairly ridiculous OCD-like requirements for myself (i.e. having to have “closure paths” for all the tasks before me before I can sleep easy), and they’re largely unnecessary – but I live and die by them regardless. For this obsessive behavior, I blame my dad. Thanks pops, I still love you.

I suppose it’s all related back to my self-confidence, or lack thereof. I’ve come to understand that my sense of self-assuredness and feeling of being “tied in,” or “in control,” is fairly brittle. Things that wouldn’t be specks of dust in the path for others can topple my cart. I’m not sure where this comes from. Since I was a kid, I think I’ve consciously undervalued myself out of a desire to seem humble. Understating achievements and strengths in front of an audience is natural for those attempting humility, but I think I actually undervalue myself to myself – which is different altogether. That little part of me that knows I’m smart and talented, and “better” than a lot of other people is shut-up tight in a cell at the back of my brain. I know it’s there, I let it have a little time in the yard every now and again – but for the most part I repress it, for whatever reason. This is just me: the not-so-subtle fake-humble guy.

Today I logged on to CNN to see a headline about how we (the USofA) arrested some Colombian drug badguys, which the US authorities have dubbed “narcoterrorists.” No, those aren’t the kind of terrorists that fall asleep suddenly and randomly, rather they are so named due to both their narcotic and terrorist activities. I think this is awesome. We’ve discovered a way to take someone who may be considered as a “vanilla” criminal, and equate him immediately with the likes of Al Qaeda. By simply by appending the root-word “terrorist” to their moniker, we knock the layer of ho-hum dust off their crimes and recast them as glamorous international fugitives. In celebration of our newfound way to arrest anyone we want using semantics, I terroristed up a few more common criminals – just to demonstrate how powerful a tactic this actually is. Check out these cutthroat thugs and tell me you don’t want to go all Operation Carpet Bomb on they asses:

Awesome, let’s round ’em up and send ’em to Gitmo, stat.

One Reply to “guided by the divine”