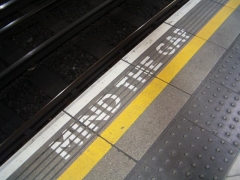 Got into Vegas from Shanghai just an hour or so ago.

Upon seeing this shiny place ringed by desert again, I didn’t expect to have such a strong emotional reaction.  Maybe the jetlag contributed, but being here again after this summer’s RV trip, for only the second time in my life, just smashed down on me and almost made my eyes water.  It’s not like I’m remembering something that happened twenty years ago, either – we were here back in July.  I think it’s a testament to just how impactful that trip was on me.

Maybe I didn’t realize exactly how broadly the journey effected me, and to some extent maybe I’m still settling back into things and coming off that road-high.  Writing might be one example of this.  I know in my head that at some point I’m going to call this sounds familiar dead-time “the big gap.”  That I’ve already named it for future writing means I’m getting closer.  More telling still are the ideas for entries that have been jumping into my head again; on plane flights, in taxis, on the soccer field, the shower; the usual places.

It could be that I haven’t seen my family in two weeks, and won’t for another few days before we meet again in Portland.  Missing them and being here, a place where, even if we didn’t really have the best time in the world, I was last together with them on this wild transforming journey, surely plays a part.  I miss my family.

So I don’t know… but I’m going to go out and walk the strip a bit (after a shower to wash the full day’s travel off me) and see if I can catch further nostalgia.