So what did I get?  In the end what was I after? 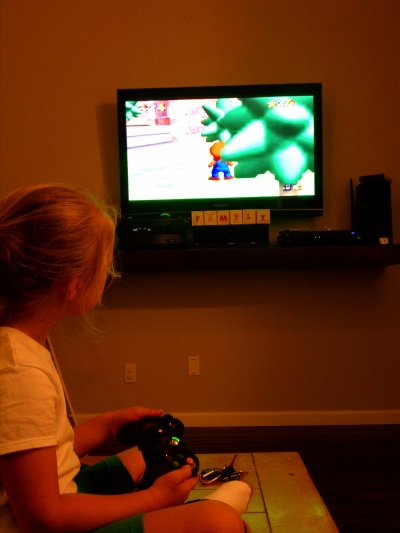 That’s right.  She picked up the controller and started directing Mario like she’d been doing it forever.  I sat and watched her play, giving her tips on how to avoid the Bob-Ombs and Goombas, showing her how to do the slam-jump thing using two fingers at once, and in general just enjoying her enjoying something new.

So maybe Sharaun wasn’t entirely bought-into the “need” for another source of entertainment… but man we sure had a blast racing in Mario Kart.