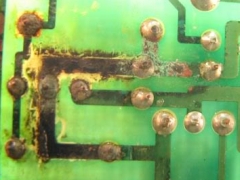 Hey happy Tuesday internet.  Or Wednesday.  Whenever this gets posted.

Spent most of the night working on the blog I setup for Keaton to document the RV trip.  I get pretty silly about making it look and feel just so, and tend to spend way yonder too much time tweaking.  I think, however, that I got it just how I want it.  I also spent time mucking with my cellphone and laptop, getting things just right so we’ll be able to use the cellular signal/network to post from the road when there’s not a proper internet hookup available. I like to think that I’ll have energy and desire to update the page as we travel, but I also have doubts.  And again, yes I am obsessed, quite so.

Flying home yesterday we were the Van Winkle family. Each one of us, from the biggest and strongest down to me took advantage of the snap-quick flight from Portland back home to sunny California.  Cohen napped in Sharaun’s arms and Keaton fought it as long as she could, long enough to get her apple juice – you better believe that.  I was out with my paperback in my lap, I never even cracked the cover, and Sharaun with her head on my shoulder.

Three times on planes now I’ve had a front row seat to a guy having a stroke.  It didn’t happen yesterday or anything, but when I fly now it almost always crosses my mind sometime during the flight.  It’s a horrible sight, the muscled rigor and robotic vomiting and bulging full-of-fear prisoner’s eyes, stuck in a body that’s plain-out short-circuited.   I once watched it happen to a gentlemen just behind me and across the aisle, his wife was seated next to him and was first to notice something was amiss.  I turned to look as I heard her calling his name, at first with simple curiosity and later, by the fourth or fifth time unanswered, with panic ’round the edges.  You know that special “thing” you have with your mate, the “thing” where, with just a glance or maybe even conversation over the phone, you can tell something’s not right.  I imagine this wife having that feeling about as intensely as one can as she began to realize her husband was stroking out.

The poor guy was as stiff as a board, muscles standing out in knots like his whole body was a Charley horse.  His fingers were clutched in claws, and I could see his slacks straining against his clenched thighs.  His teeth were clamped shut but his lips were parted just a little in this confused and pained expression.  And his eyes, maybe that’s why the memory is so clear in my head, I can see his eyes.  I remember at the time, as I stole my quick glance at the poor man and his wife, that there were two likliehoods behind what I saw in those eyes.  One, the man’s eyes were the only part of him still “connected” and outputting the right readings.  Two, his brain had shut down and frozen them as they were, stuck.  Either way, they bulged and just looked terrified.  At the time I could almost read them, “Oh dear God what is happening to me?!  I can’t talk; I can’t move; there’s an electrical storm in my head.”  He vomited copiously through clenched teeth.  All this I saw in the span of one or two quick backwards glances; I didn’t want to treat it like entertainment.

Once in the third grade Sarah Bean had an epileptic seizure in class.  I was off to one side of the room and only heard the commotion, not really seeing the action.  I can remember Mrs. Forinash talking to the aide in the room, hollering about, “Hold her tongue!  She’s choking on her tongue!”  At the time I thought choking on your own tongue seemed about the most impossible notion in the world to me.  Everything turned out OK, however, but it’s another one of those indelible things scored into my gray matter.  Sometime shortly after Sarah’s mom came into the classroom and talked about epilepsy and what a seizure is; I remember being fascinated.  Poor Sarah Bean, whose body had turned against her, just like these unlucky fellows whose relays and synapses revolted on them while we shared a flight together.

And… we are.  Home from Oregon that is.  Goodnight.