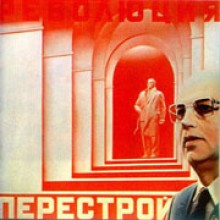 Awww gods; reduced to communicating like this.  Morse code eyeblinks and underhanded semaphores.  How did it get so bad?

Once the Party was all we had and it was so bloody good to belong.  The party was it man!  The party was de rigueur! You and me and everyone we knew, like a fraternity.  Why fear affiliation?  Time was there was naught but affiliation.  Time was, but time’s gone.

The landscape changed around us and we got pulled along.  No, willingly we went along.  Forsook our allegiances, let the Party and the idea of the Party slip.  Bit by bit we changed alongside each other, moss growing around the wheels and fog rolling in drifts to obscure.  Even me, as staunch a Party guy as there ever was!  A Party straight-man and poster-kid!  Even I welcomed it.  Headlong into assimilation!  And why not?  It has so many wonderfully appealing aspects.

O’ but it’s still there!  Buried; deep.  Party’s still in you; Party’s still in me.  Isn’t it?  Isn’t it?!  I see it when we sit close, in your eyes when I look beyond the shiny.  You got the Party in you!  You and me, maybe driven underground, maybe so – but I haven’t forgotten the secret handshake.  You didn’t either, did you?  Oh, oh I see it in the bend of your wrist and along the lengths of your fingers!  Somewhere in there you remember the Party and our time-in.  I can’t be imagining, right?  With the Party so long-dormant maybe I’m looking too hard, but I swear I hear it in your voice and see it in your face and in the way you carry yourself alongside me.  Careful though; Party’s not so popular as it once was…

You trying to resurrect the Party?  Kindle from the cold, wet and dry and wet and dry again ashes?  Pssssh… good luck.  But… what if!?  Secret handshakes and pig-latin and morse code eyeblinks and underhanded semaphores!  You stretch out that hand and you offer that secret shake and turn your head just so, just so.  Would we welcome it back?  The Party; back?