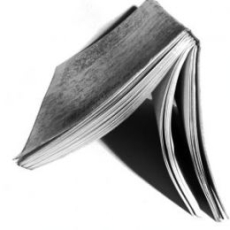 I’m really bothered by my posting frequency.  I used to get four days a week, now I’m getting two or maybe three.

Work shoots some nights in the foot, making even a limping attempt hard.  Other nights I simply re-prioritize.  Maybe playing a game with Sharaun and Keaton or reading instead (reading consistently is such a fleeting thing for me that I choose to feed it first).  Tonight it’s work; although the 8:30pm meeting isn’t as “disruptive” as some of my later ones.  It’s OK; I’m earning a wage and all and that’s a good thing.  One of the many other nights, I spent outlining.  I want to write a book; have wanted to for some time.  I’ll probably never finish, but I got an idea.  A friend of ours is doing it, or maybe has done it by now, I find that encouraging.  All my ideas were limp, but then I got inspired.

Did you know that Cohen, our other kid, the new one with the still-soft skin and still-soft hair and still-toothless gums, can roll over now?  He can.  Been doing it, like a boss, for about a week. I think that this is, probably, a bit “behind schedule” as as American parents say.  Although I find the notion of child development adhering to a strict “schedule” somewhat presumptuous and maybe a little insulting (can babies be insulted?).  I’ll tell you what, Cohen himself could care less; I’m confident of that.  You get into that kid’s brain and you read his thoughts as he hears you say to another mom, “Yeah, he’s rolling over now.  A bit behind, I know,” and you’d hear that kid think, “‘Behind’ what, fool?  I just rolled over, did you not see that?  This is the greatest single achievement of my life.”  So let’s not trivialize; my kid is amazing.