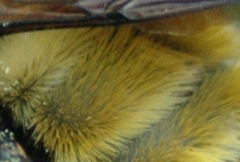 70° and a few high wisps of cloud.  Sharaun had all-day (and most-of-the-night) plans with girlfriends so I was playing daycare (it’s actually kind of dumb to say that, like it’s not half my job anyway… but I find men do make jokes about it so I guess I’m part of the herd).  Around 2:30pm I decided it was too night to say inside, even if to listen to some fine music and read The Hobbit with Keaton.  Since the trees, both ornamental and fruit, needed pruning I decided it would be a good hour of sunshine and fresh air.

Put the new Dead Road Trips (’88 April Fools Day show) on the outdoor speakers and pulled out the ladder and went to work. I chopped and trimmed and shaped and formed, not really knowing if I’m doing ill or good, not really caring (OK, kinda caring if I’m forever ruining the fruit trees, but I did do some internet research – three minutes looking at “good pruning” vs. “bad pruning” pictures – beforehand) if I was doing it totally right or not.  In the end I think I did OK, although standing back and looking at the Japanese maple I think I could’ve been even more heavy-handed, guess we’ll see when the canopy begins coming in for true-Spring.  Afterward I gathered up my cut branches and put them into a pile (the green waste thing is full of winter clippings).

Know what though?  I didn’t want to write about pruning or the weather or how great it was being outside doing something.  Nope.

I wanted to write about the small blister on my right ringfinger.

It was maybe an hour.  Maybe.

How soft have I become?  Apparently that soft.  So soft that an hour, if even that, of what would be classed somewhere below “light” work leads to a blister.  Egad!  The humanity!  This life of computers and cubicles and elevators instead of stairs and supermarkets and horseless carriages and insoles has torn me down.

On YouTube this weekend I saw a video of a native dude in some dense jungle scaling a tree that must’ve been a hundred feet tall with nothing but a vine and rough-made axe.  Once at the top he walked bravely out on a spindly limb, high above the ground, not tethered to anything, and proceeded to chop a hole in the limb to reveal a massive hive of jungle-bees.  He then blew smoke from a smoldering bundle of leaves – which he’d hauled behind him tied to his waist – into the hole, getting stung the entire time.  As the angry bees swarmed, he reached bare-handed (and bare-feeted, for that matter) into the hive to break off and steal honeycomb. After hepping that honeycomb down to the jungle floor he and his family feasted on the raw comb, hungrily plunging comb and bees and all into their grateful mouths.

This is from whence we all came.

The guy who got a blister from pruning his Japanese maple… blood and mettle so thinned by time and trade.