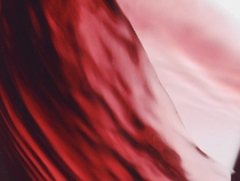 It’s a day filled with too many other things, most of virtue, sure, yet “other” as compared to writing.  A shame, because I love writing and get all bummed when I can’t do it (either because of lack of time or writer’s impotence; the dreaded ‘ED,’ essayist dysfunction).  But you’ve heard it all before.  I got glass of wine, 6oz, I measured the pour first in the marked measuring cup (because ounces, bravely “out” and batting for both teams as liquids and solids, have always escaped my comprehension as a meaningful measurements).  There are apparently some ~130 calories in it.

A single calorie is something like the amount of heat required to raise the temperature of some defined measure of water one degree, maybe that degree is Celsius, maybe Fahrenheit; it does matter.  In what surely has to be some of the most convoluted math ever, if you burned this 6oz (wet ounces!) of wine, and placed one gram (or whatever) of water above the resultant blaze… you’d apparently raise the temperature of that water by some “meaningful” number.

The wine was an attempt to maybe whet the pen, or keyboard.  So many great writers are also great juiceheads, you have to wonder if there’s something to it.  I will never forget the feeling I had reading The Sun Also Rises (who cares if you’re supposed to underline that per MLA standards, I think underlining on the web when something’s not a clickable hyperlink is stupid; italics is more effective).  It’s such an alcohol-soaked tome, you can feel the pervasive state of drunkenness that enhances the clique (maybe fogs them, too?).  It’s funny, I’ve told Sharaun before how, when I read books about people who are abusing substances, like The Sun Also Rises and On the Road and Ham on Rye and The Naked Lunch, I feel an undeniable draw, almost a longing or an envy or maybe a sense of “what-if” wonder.  Same thing watching terribly depressing movies like Leaving Las Vegas; there’s something dangerously attractive (to me, at least) about selling your soul to the junk.

I don’t think this is what they call an “addictive personality” or anything.  If anything it’s more akin to how young boys dare each other to jump over big holes or spraypaint cursewords on their math teacher’s van (looking at you, Desi) – some kind of “bad is fun; broken rules are thrilling” adolescent mentality.  But anyway it doesn’t matter, I’m not here to write about my fatal attraction to mood-altering chemicals, I was writing about how I poured some wine to see if it helped me write… better.  I suppose better is subjective, and I don’t need to conduct a scientific experiment to tell you that there’s definitely some BJT-esque saturation region where the sauce wrecks and ruins the creative process, so… is there a conclusion here?

In the end I don’t think the wine helped, but the idea of drinking wine to help did help, so maybe the wine did help.

2 Replies to “maybe the wine did help”