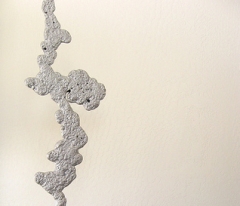 No re-read; streaming direct; how bad is it?

My family and I were living in a condo by the beach, maybe the sixth or seventh story, high enough that we were afforded a view.  On the south side of the living room there was a large two-panel sliding glass door through which, to the north, you could see the beach, the waves themselves.  Directly outside and below was that kind of pre-beach landscape, dunes and clumps of tall windblown grasses and those kind of ivy-looking bushes that stay low to the sand.

One afternoon we all sat together, watching something on television.  Sitting nearest the glass doors, I noticed a small Jeep making its way through the dunes and grasses and ivy-looking bushes that stay low to the sand, bound for the surf.  I thought it strange, but not too strange.  In the back of the truck I could see what appeared to be several lengths of large-diameter PVC pipe.  I hmmmph’d and turned back to the TV, but only until I saw the smoke.

Now parked on the beach, I could see two figures outside the Jeep.  What I thought was pieces of PVC were now lined up in a row on the sand, the men moving from one to the next.  Suddenly, one of the pieces of PVC belched fire and smoke at the sand-end, and shot upward into the sky at high speed.  That’s when I realized: the things were some kind of rockets.  At first I was amused, thinking maybe these two guys were launching some high-grade fireworks on the sly, hiding out below the dunes to lay low from the law.  But once I saw one zoom higher and got a look at it from eye-level before it disappeared in a point far above my head, I realized they weren’t toys.  That’s when I got scared.

I turned to tell my folks, who were by now also looking outside with interest, when one of the rockets already in-flight seemed to lose power a few hundred feet above our level.  I watched as the metallic nosecone dipped towards the earth and the thing began to fall.  Before it could turn completely nose-down, however, the thruster re-engaged and began propelling the thing nearly horizontally.  I tried to say it out loud, “It’s coming right at us!,” but the thing was just too fast.  It was simply too quick to react, it was smashing through the window.

Directly across from me, I assumed my dad would be a direct hit.  Instead the thing, which I could see now was about a foot round by five feet long and had separated from the conical silvery top, lay smoking and faintly buzzing just to his left alongside the couch.  For what seemed like one terrifying, and shameful, minute – I simply cowered in a catcher’s position with my hands clamped over my ears, expecting to be consumed in a fiery explosion.  I don’t know why my reaction was inaction, I only thought it strange it after I woke from the dream.

After realizing we were all alive and that the thing which had crashed through our window still lay in two pieces on the other side of the room, I came out of my duck-and-cover position and tried to think fast.  Still very much afraid for my life and wondering if we’d all be blown up, with an edge of desperation in my voice I asked my stunned family, “What should we do?!  Should we call the cops?  Should I throw it out the door?!”  No one answered.  I began to panic.

I grabbed the body of the thing, tossed it out the shattered doors.  I watched as it fell, hit the ground, and bounced unrealistically high, near on-level again with our condo on the sixth or seventh floor.  Rockets shouldn’t bounce, I thought.  The thing dropped again, bounced again, lower this time.  Again and again until it settled in the tall grass and sand and those kind of ivy-looking bushes that stay low to the sand, seemingly now malignant and much less threatening out of the room.  Tearing myself away from watching it, I similarly tossed the metal nosecone.  Same thing; bounce-a bounce-a bounce-a and an anticlimactic ending in the dunes.

I love it when I remember dreams this well.  Goodnight.