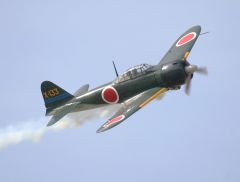 Still 50% zeroes though. Another year until positive numbers regain the majority; a-hundred-and-one more and I predict the zeroes will be nearly extinct altogether.

I took down the Christmas stuff today. House-hung accoutrements, tree and all the trimmings, and various knickknacks. Did it all by myself; motions mirrored and reversed from my lonesome assembly only weeks ago. Sharaun was alternately busy and sleeping, and so couldn’t lend a hand. Boxed it all up and moved it back to its resting place high on a garage shelf. It’s good to put the Christmas high, you only need to reach it once a year so it’s not a pain.

It had to go, though. If you don’t get the Christmas stuff out early enough, give it enough life during December, the festivity is just too fleeting. Like going camping for one night it’s all setup and teardown. I’d have preferred this not to have been a solitary thing, but the tree had been goading me and I broke under the strain. Just sitting over in the corner glowing cheerily and multi-colored, growing more out-of-season with each passing minute, taunting me that it’d still be standing come 2010. Not this year tree. Not this year.

Someone needs to sweep up or vacuum the fake plastic pine needles now, though. They litter the floor, both the new hardwood and the carpet in the adjacent toy room.

The floor. Sharaun’s dislike for it seems to grow stronger by the week. I finally said to her today, “I don’t think you know how bad it makes me feel to hear you constantly ‘tsking‘ over each and every minute surface mar on this floor. I need to let you know that it pains me to think we spent this much on something you might hate.” Earnest appeals fell on deaf ears, however, getting something crushing in return like, “It makes me feel bad too; I wish we would’ve spent the money on something else or got laminate instead of this ‘soft’ hardwood.” Ouch.

I try not to make it a fight but it’s hard. Instead I settle for saying, simply, that I really like the floor. I comment often on how much better I think it makes the place look. Maybe I can at least keep the scales level if I say enough positive things. Balance it out. Some yin for some yang.

I don’t know why, but I take her disliking the floor so much almost as an affront to my ability to “provide.” I know it’s not like I felled the trees, planed out boards, scraped and stained the planks and set them down in rows myself… yet her derision makes me feel a poor decision-maker. Maybe it’s the ostensibly misdirected investment. Maybe it’s that she asked for wood floors for so long. Maybe it’s the fact that, personally, I really do like the floor. I guess it’s complicated, or stupid. Probably stupid. I hold hope that she doesn’t just plain hate the floor. It helps me feel less of a failure.