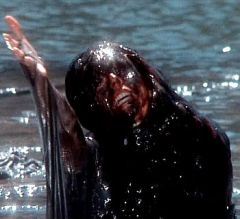 One more week until work slows to a near stop. For all most folks will care, as good a “stop” as any real “stop” would be. No, we’re not one of those companies who “shut down” for the holiday weeks, but, effectively, the pace of business (depending on where you work at the sawmill, I suppose) dwindles significantly.

For me, one of the lucky folks who calls on customers (some of whom who do shut down for the season), things grind to an almost-halt. This will be most welcomed. Lately, I’ve been buried and I’m ready for a break. Our Christmas plans are strikingly stark; we plan to do the thing at home with the family. We may join some friends for Christmas day afternoon and the meals and good fellowship which accompany it, but other than that we’re kicking it family-style.

I don’t have much for tonight. We did tell Keaton about her coming new brother or sister, and video’d the conversation, but it wasn’t as all-out hilarious as I thought it might be and something crazy happened with the audio to where it’s got a terrible background hum. Even after several passes of noise reduction and voice amplification I was left with a slurry mess that isn’t worth further cleanup. So, you’ll have to take my word for it: Her reaction was underwhelming. I think she knows what’s going on, but almost four year olds are used to immediate pay-off, and this thing doesn’t satisfy there. Maybe as Sharaun’s belly grows and grows and grows it’ll sink in more for her. We’ll see.

OK folks… that’s enough for this evening. Off to load some 24-bit Beatles files onto my iPod (see the ‘tweener entry below for some context). Goodnight.

5 Replies to “the creeping mess (or, keaton knows)”