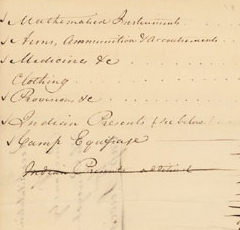 Note before we begin: Yes, I am playing with new themes.  No, they are not 100% yet so please pardon the dust.  Moving on.

Things to do before I leave for Shanghai and Taiwan:

Get a haircut. For my Halloween costume, I shaved my beard super tight in hopes it would help the faux beard and moustache stay attached. It didn’t. However, the transition from this short facial hair to my overlong already-needed-a-trim head hair is now too stark. When I go overseas or even to a customer domestically, I like to have a fresh haircut. For some reason, having a tight crop in the “fade” area makes the baldness on top appear a little more… “intentional” or something. Also, a nice close cut helps me carry authority and appear erudite when speaking. So says me, at least.

Wash the dress clothes. For a week now I’ve not had anything brown-based to wear. I’ve been cycling through the grey, black, and dark pinstriped pants coupled with the same three or so dress shirts that are un-wrinkly enough to wear. The problem started back when Sharaun was in Florida. Not that I rely on her to do my ironing, but she will occasionally iron all my dress shirts so that I have a nice stable of wearable items. Problem with sticking to blacks and greys means that I’ve also run out of clean black dress socks. I’ll need a range of colors for the week abroad. It’s important to not only come well-groomed but to come well-appointed also. Shockingly, I haven’t been to the Asia-Pacific region since before Keaton was born. Managing to dodge the love/hate bullet that is Asia travel for this long, I’d like to show up looking as if my station has improved since that last visit years prior. I mean, why not, right?

Get the big-trash people to come by the house and take away this massive pile of big trash that I’ve been storing alongside the house. We bought a new dining room table a month or so back, one that can accommodate a larger dinner party or maybe someday a real family Thanksgiving. I had to do something with the old table, so I moved it into the backyard. Some friends had indicated they might want it as a prop for a house they were trying to rent, to fill out the space and hopefully make it more attractive to potential tenants. I left it out there while we went to Mexico and the thing got rained on heavily. When I returned, it was literally a woody mush holding precariously to the shape of a table. When I tried to move it it fell apart in pulpy pieces, literally crumbling in my hands. I threw it back by the shed, along with the chairs, amongst a growing little pile of things I don’t use anymore (like my years-old Craigslist-purchased lawn mower and some large wood and plastic scraps from various projects). Time to move this off the property before the coming winter rains reduce it to even more of a mushy mess.

Call the floor guy. As part of the (now overdue) Q3 “home upgrade” item I try to include in each year’s budget, we’re getting hardwood flooring installed in the house. I bought the materials long ago, and have been delaying the actual install to work around various travels and events now for too long. I need to call our friendly Eastern European contractor and get the dates scheduled so we can have the things in before the holidays. We’re both pretty excited about the floors, and have also both become quite detached from the care of the current carpet – not even bothering to give it a clean post-Halloween Bash. We’ll also have him replace the carpet in our master bathroom shower/sink area (carpet in a bathroom, really?) with some nice large tile – since we’re doing “floor stuff” anyway.

Order some of those credit card “convenience” checks. To pay the floor guy. We don’t carry a balance on our single credit card; we pay it off every month. However, we use it almost exclusively as our preferred method of payment for as many purchases as will allow it. All this to accrue airline miles which we can use to shuttle around the USofA visiting our scattered friends and relatives (or for the occasional international trip to Oktoberfest in Munich, “cough-cough 2010”). Since the flooring install will be check only, and will be a substantial outlay, I can’t overlook the chance to net miles from the transaction. The card we have allows me to get one mile for every two dollars on checks (one-for-one on most normal transaction and two-for-one for a limited set). Yes, the checks impose a minimum fee for usage, but ultimately, doing the math, the miles are worth it. We typically end up netting between four and five free round trips per year, or enough for a family jaunt and some me-alone or Sharaun-alone travel to boot. Not bad.

Fix the walls. Again, as part of the Q3 “home upgrade” bucket, I had some wiring work done in the main room. Because most of the wiring had to run through external or hard-to-access internal walls, the work was somewhat invasive and required a good deal of drywall cutting. This leaves me having to go back and patch, texture, and paint the worked areas. It was worth it though, not having to do the work myself (I hate working in the attic pulling wires) and getting the surround speakers mounted attractively only the wall sans visible wiring. The last items on that Q3 list involve mounting the flatscreen and getting a custom entertainment cabinet built on the wall below it. In the end, everything will be attached to the wall with no wires to be seen. Should be a large improvement to the room.