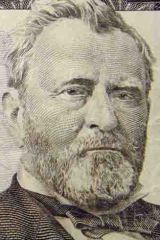 Great weekend with my folks in town; it felt like a nice long drawn-out time together.

We crammed a lot in, too: went up into the hills and wandered around some farms, making a stopover at a brewery; watched football with friends; went out for sushi; and did a picnic lunch (complete with geese-feeding) at the lake. I think Keaton had a good time with her grandparents and, for me, it almost felt like a three-day weekend even though it was only a standard old two-day one.

Keaton has a new turn of phrase I wanted to write about, for posterity, and all. Whenever she’s doing something with Sharaun or I which can be measured in time (walking somewhere, eating something, etc.) she races us. And, she always begins her race by saying, “I’m gonna be the beater!” To her, this means she’s going to beat us at whatever task we’ve now been cast into competition around. Funnier still, Keaton can never not be the beater. Oh, if she wins, she’s definitely the beater, and she’ll let you know it by chanting as much. If she loses, however, then she’ll say, “We’re all beaters now!” So: she wins, she’s the beater; she loses, she’s still the beater… but we all get to share the crown.

I told my brother about her “beater” method of scoring contests, and he loved it. He in turn told the folks he works with and now they all apparently go around shouting that they’re gonna “be the beater” as they get their graveyard-things done. Oh, yeah, my brother is a gravedigger. No; for real.

The other day, I was on Sharaun’s Facebook account looking at some pictures she wanted to show me and I saw a post by a friend of a friend where you’re supposed to list fifty concerts you’ve been to. Easy enough, but he put a twist on it and added the name of a friend he’d been to each show with alongside the artist seen live. I thought this sounded fun, but wanted to see if I could make it even more challenging.

My rules: Try to list fifty shows along with fifty friends who I’d been with at each. But, the catch is that you can’t list the same artist twice – even in the legitimate instance when you may have seen them more than once with different people; and you can’t list a single person more than once, which is tough when you do most of your concerttin’ with a small hardcore clique. Anyway, that’s what I set out to do. I told Sharaun, and she (correctly) predicted that the number of friends, not the number of concerts, would be the limiting factor if I did it my way… but I had to try anyway. So, for no real reason at all here’s my list…

Today I went up to the watch store at the outlet mall where I bought my watch so many years ago, as the battery died for only the second time since owning it. Turns out it wasn’t the battery, but the watch itself died somehow… old age gets us all, I guess. They said they could send it in for repair, would cost $30. “How much are the new watches?,” I asked. “About $40” was the reply… so I bought a new watch.

2 Replies to “we’re all beaters”