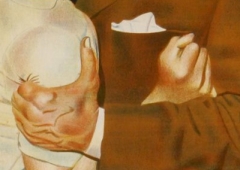 10:30pm and I’m just now sitting down.  Fresh back from our standing Wednesday night gig and sleepless since last night’s 1am return from the Coldplay show… it’s a wonder I’m even attempting to knock out an entry tonight.  But, I wanted to get some more flashback photos posted and I captured a hilarious bit of audio on the drive home that I just had to edit and share.  So then, without any unnecessary flourish, those two things.

First up, here’s another batch of vintage images from our recent photo scanning masterplan.  Some good ones in this bunch, but I’m still finding it hard to choose from the 1,500 we had scanned.  I’ve got another batch queued and almost ready and hope to get to them this week.  Yes, for me this is kind of a big deal… Enjoy: 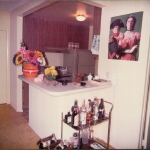 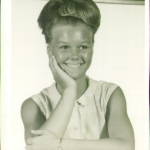 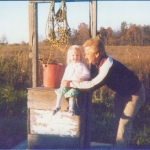 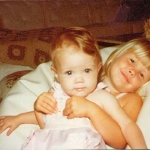 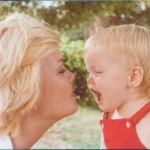 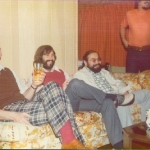 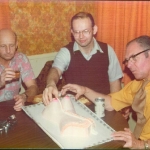 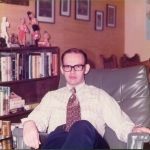 Lastly, before I go I wanted to share a little audio clip I took tonight in the car on the way home.  It’s Keaton singing.  She sings a lot, actually… and mostly songs which have been drummed into her brain from the radio’s ten-song playlist.  Tonight, she was singing the Ting Tings’ song, “That’s Not My Name.”  Bordering on novelty, the track is actually pretty dang catchy… and I even find myself singing along with it when it comes on in Sharaun’s car (which is our only car, at the moment… so it’s been often).  Anyway, I just loved the way she sings it.  Check it out, I even edited out the road noise for ya:

Did you guys hear how she totally stopped and restarted the song so she could pronounce the word “her” with a strong British accent?  Listen to  it again.  She sings it all American as “her” and then restarts and sings it as “huhh.”  Now that’s some attention to detail; a little music lover just like me.

2 Replies to “sights and sounds”