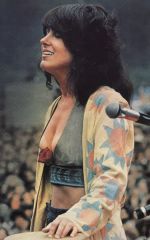 Monday again, and it’s always sad to see another weekend go. I’ve been suffering from a semi-permanent yen for non-working days lately, something that hits me every now and again and fades with time (and time off). This too shall pass.

For Father’s Day I did two things I’ve been wanting to do for near a month now: cleaned out and organized the garage, and put the finishing touches on the landscape lighting I installed a couple months ago. You may say those sound like odd things to want for Father’s Day, but having been out of town for three weekends straight it really was what I wanted to do.

So, I put Long John Silver, Baron von Tollbooth and the Chrome Nun, Spitfire, Red Octopus, Blows Against the Empire, Bark, Dragon Fly, and Sunfighter into an “on the go” playlist on the iPod and set to work (props to those who understood the connection between those records without having to look-up the artists).

… is it sacrilege to say that pre-Earth Starship was better than, or at least as good as, Airplane ever was? Anyway…

As the mega-mix of those awesome records washed over me, I hung bikes from rafters, organized the hiking gear shelf, buried low-voltage wiring under mulch, and in general got the lead out of my long-time-wasting duties. I had, at the end of it all, intended to go for a bike ride to get some exercise… but instead I’m sitting here typing about it. In the end, I opted for a half hour or so swinging shirtless in the hammock with Keaton. We listened to more music and enjoyed the evening sunshine. Then before bedtime we all three walked down to the frozen yogurt place and had a little Father’s Day treat to cap the day.

Saturday we made a pilgrimage down south to see Anthony’s long-lost daughter, who had been studying abroad for the past year. Keaton got to go swimming, eat fruit salad, and play with big cows and baby cows. Sharaun and I carpooled down with Ben and Suzy, and the ride was better than driving (thanks guys). It was fun seeing Anthony’s daughter again, and a personal relief for me, as the father of a girl myself, that, despite having aged a year abroad, she still seems not that far off from the eight year-old she was when we first met her. Here’s hoping Keaton can weather her teens as well.

And, with that… goodnight internetizens.

2 Replies to “this too shall pass”