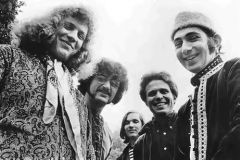 Good evening internet denizens.  Fancy reading a blog?  Gonna be all over the place, I fear.

Outside, the light is failing.  I can see the soft gray of the sky through the two massive trellis-climbing plants I bought a month or so ago.  I had the new landscape guy actually put them in the ground for me, the sixty gallon pots and prospect of digging in this rocky soil just put me off.  I think he charged me $30 for the labor.  $30… and I swallowed easy.

With regard to spending money for things I could do myself, I still trend miserly… but ever more I catch myself mentally “billing out” my time.  Like when I considered planting those big trellis plants through which I’m now watching the sky darken in the half-light of dusk: I could have easily planted them.  Could’ve dug the two massive holes, churning through rocks upon rocks.  Maybe it would’ve taken me an hour, maybe an hour and a half.  In my head though, I still calculating what I think that hour and a half is worth to me… how many hard-earned dollars I’d consider a “good trade” for spending it playing with Keaton or reading a book.  And, in the end, the “pay the man” attitude won out this time.

Strange, but for some reason this makes me feel old.

We’ve got the windows open tonight; the 100°+ temperatures of the weekend have given way to milder days and even milder overnights. And, since Sharaun’s in the process of putting Keaton down, I managed to switch of the TV and put on some music instead.  Some long drawn-out County Joe & the Fish jam is playing, and it actually sounds really good.  Y’know, there can be good long jams, the kind that keep you excited and pace well, and there can be bad long jams.  Even the best jam bands are guilty of the occasional stinker of a twenty minute “Dancing In the Street,” after all.