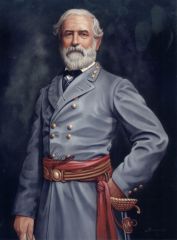 Monday and the day whizzed by with a Dopplery hum, the last droning whir still tailing off in my skull as the sun goes down and I begin to settle into the evening routine.

They dilated my eyes at the optometrist today, and I still ain’t right, so writing isn’t coming an easier tonight for the blurriness and irritation.  Still, though, I’ma power through and try to get some content up in here.

I lost the third of four doors on the Ford the other day; the vehicle now has just one functional door – the rear door on the passenger side.  The driver’s door is broken, but I can work it from the inside about 100% of the time now that I’ve removed the panel and can manipulate the mechanism manually with force.  The rear door on the driver’s side won’t open at all, from inside or out.  And finally the front passenger side gave out this weekend, and is now only openable from the inside, the external handle now non-functional.

Getting in, when the driver’s door won’t open from the outside (about 50% of the time as it now stands), involves using the fob remote to electronically pop the locks (which only manages to work for the rear passenger and back cargo doors).  You then have to walk around to the rear passenger side door and reach into the front seat to use the interior handle and stretch to open the front passenger door.  Once that door is open, you have to crawl halfway into the cab, reach across the center console, and force the driver’s door open with your hand in the guts of innerworkings.

C’mon Ford, we’re just waiting on Congress; how long could that take?

One Reply to “three out of four”