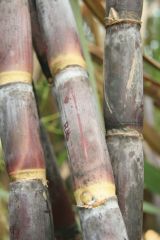 Mmmm… what a Sunday.

After church I browned a couple chicken sausages for me (and one for Keaton) and had a manly kinda lunch at the table alongside her.  I had designs on an afternoon bike ride to take advantage of the good weather, and was planning on a solo job with the iPod.  Plans changed, though, when Sharaun called Melissa and she mentioned she was looking to get out on the bike too.  We ended up teaming up and plotting a course on exploring one of the local trails neither of us had been on.

In the end we did a fifteen mile loop alongside a creek and turning around at the lake, after stopping for a granola bar and some water.  Was a nice leisure ride, paced under 10mph and mostly flat.  After getting back I told Sharaun we have to get her a bike so we can do rides like that; was great.

And, with the weather as great as it is, I’m firing up the grill for dinner.  Making something tasty over an open flame to continue eating in a way that makes the alpha-male in me happy: fried sausage, fire-cooked meat – you get the idea.

The couple days I spent at Shasta were brilliant.  Even though it rained for the first half of Friday, and despite the fact that I didn’t manage to wholly escape the trappings of work while there – it really was a respite.  Played some poker, some pool, dominoes, enjoyed the mountains and took a couple quick hikes around to check the place out… tossed some horseshoes and ate a lot of good food.  Actually, as the weekend before our coming nine day furlough in Aruba it served as a nice vacation “appetizer.”  And man, am I ready to be on the island and away from the recent madness at work.  More than you could know.

We didn’t get to do the fishing and boating planned as the coldfront and rain changed plans on the fly – but it didn’t really matter to me at all.  Like I said in my short entry Friday – I needed to get away from work (and even though I escaped the venue, the problems tracked me down, bloodhound style, and will being re-plaguing me first thing Monday morning). But, enough negative…

Just five more days of work and we’re off.  That, my friends, is enough to sweeten even the sourest week.  So, I’ll be heads-down for those few short days and this time next week you should get a nice Monday entry from the sands and surf.

One Reply to “sweetening”