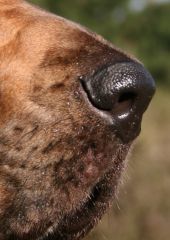 Packed my gym gear off to work with me this morning; changed in the handicapped stall at work around 4:15pm and was on the road by 4:30pm.  Plans were foiled by a work-related call from Texas.  I was the dummy standing outside the gym on his bluetooth talking “business.”  Didn’t get sweating until after five anyway.  Moral of the story: You can never really leave work early; work will hunt you down; work can smell happiness and freedom, and work hates them both.

Recently, through the magic of the internet – I was turned on to a super obscure Southern bluesman named Abner Jay. With no allmusic.com biography, no Wikipedia entry, and scant information available online – he’s something of a mystery. Let me tell you, this stuff is amazing. Most of his recordings are long out of print, owed mostly to the fact that he released them on his own record label (Brandie Records, after his wife) and sold them at his live shows.

A one man band whose instruments were the dried bones of various animals (and, on record, a foot-pedal bass drum and hi-hat) and a long-neck banjo passed-down from his grandfather – his unconventional blues are a mix of storytelling and commentary, all heavily steeped in the slave/field language of the old South (so heavily one must assume it’s partly affected for show). The music is simple, and Jay’s voice is as deep and black as any Looney Toons caricature you saw as a child (before that stuff was deemed unfit for TV).

And although his albums are long out of print (for ordinary folk, that is), some Swedish label put together a best-of recently from which you can get a good feel for his style. Stream it in full here. Oh, and there IS more info about the man out there if you’re piqued – start here for some history.