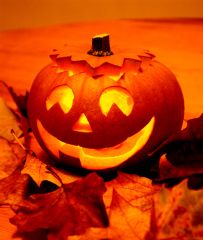 We do our annual (but for last year) party tonight, and the latest pollsters are predicting record attendance.  As always, I’m both excited to have fun and leery of the logistics and cleanup.  I always fret over the same things: Will there be enough beer?  Will people have a good time?  How bad is the mess gonna be in the morning?  Ad-infintum.

This party is complicated by having the fear that Keaton won’t sleep well over at the babysitters (really the parents of friends of ours who’re doing us a favor) and the fact that Sharaun has to be at the airport for her flight to Florida around 10:30am the next day.

Sharaun and I are going through our iPods and music right now making the party playlists.  I’m in charge of the garage list, which tends to reflect my tastes more, and she’s in charge of the house mix, which, as you’d expect, reflects hers.  So, in the garage you’ll hear a mix of what I think are some of the more “accessible” tracks from my favorite discs this year, and in the house you’ll hear what Clear Channel decided they’d make people like so far this year (mixed with a good dose of classic party tracks that get people in a good move, such as the venerable “Bust A Move”).

We still have to move furniture, toys, clean up, re-arrange, decorate, pick up kegs, pick up ice, pick up this and that and the other thing… oh man… I’m freaking out.

There’s so much left to do… we’re gonna be up forever… I have to go.

2 Replies to “see ya tonight”