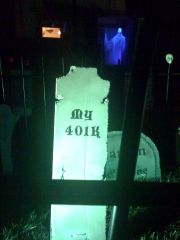 Tuesday night and the iPod has shuffled up some fine Grateful Dead, an extended jam on “Playin’ In the Band” from early ’73 in Nebraska.  The Dead sound good to me nearly all of the time, and only occasionally do I find myself out of the mood (if I can use that phrase) for some good ol’ noodling around.

And, in other music-related news, I saw this jarring headline on NME this evening: Led Zeppelin to tour with Robert Plant replacement!  Why oh why Zep?  Is this some ploy to get Plant to step in at the last minute despite his public statements he’s not interested?  Some kind of rock ‘n’ roll supergroup “bluff?”  I mean, with Sharaun going to her third New Kids on the Block show this weekend (and this one a world away on the other coast of the dang US), and our agreement that I could pay whatever the cost to see a reunited Zeppelin as turnabout for the money she burned reliving thirteen – you’d think I’d be happy.  But… no Plant?  Argh; just argh.

I didn’t write last night, or, rather, I wrote a bunch of unfinished and disjointed stuff that I just couldn’t massage into a viable post so I scrapped it altogether.  Tonight, I’m hoping for different results.  I’ve just put Keaton down to bed and Sharaun is at volleyball (man, it sure seems like I’ve been getting more than my share of evenings alone lately) – so I have the place to myself.  Although, I have to admit I didn’t use the time doing anything super exciting: washed the dishes from dinner, tidied the kitchen, played with Keaton, and listened to some tunes.  And that brings us to the present…

This past Saturday the college football crowd at the house for the games was a swollen one, one of the better Saturdays of the season thus far.  At some point, being that the majority of attendees are friends of mine from the sawmill, the discussion turned to all things finance and bailout.  Somehow, this led to a “401k-off” where each of us in turn logged onto our retirement portfolios online to look at our “yearly change” percents for 2008 so far.  The game being simple: whoever had lost the least this year wins.

There were seven people who participated, and, of those seven, the winner had lost 39%.  Yes folks, that was the winner; the guy who was only down 39% on the year.  Surprisingly, I took second place by only being off 42.6%.  The “loser” was down a future-mortgaging 48%.  To be perfectly clear, those are all negative numbers.  This, my friends, is what inspired the newest tombstone in our front-yard Halloween cemetery… whcih can be seen accompanying this post.  Good thing we’re not retiring tomorrow, eh?

Sorry for skippin’ so many of my normal dailies lately folks (if you can call them “normal” anymore).  Work is getting progressively busier, and will only get moreso as we move into 2009.  I’m not giving up on blogging by a long shot, I still enjoy it immensely… but if I had to bet I’d say this year brings down my overall frequency average a mite.  Bummer.

Stick with me, OK?  Goodnight.

One Reply to “not retiring tomorrow”