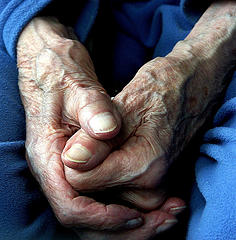 I think I may have written before about how, despite the fact that time has marched through my life just the same as it has the world around me, I don’t really feel much older.

I mean sure, there are the outward signs: I’m married, balding, have a lovely daughter nearing three years of age, pay a mortgage (take that, Paulson!), own two vehicles, mow my own lawn, get tired in the middle of the day, appreciate the regularity of my bowel movements, get hangovers, have a 401k, enjoy coffee after dinner, get together with friends to “play cards,” quit smoking dope, have to trim the hair in my nose, am sometimes too tired for sex, own supplemental life insurance, can do rudimentary garbage disposal repair, am not afraid of the dark, like vegetables… you know, all the typical signs and portents age.

But, even in the face of these undeniable hallmarks of advancing years, I still feel pretty much the same inside as I did back in, oh, high school.  Well, this too may be a bit of an exaggeration if you try to pin me down on the “feel” part, as I certainly have more digestion issues, hard beds hurt my hips, and I get inexplicably sore and stiff at times…

…but my spirit seems to be relatively unchanged.

So, when I look in the mirror in the morning, I still have a hard time seeing myself as anything much more than nineteen or twenty. Don’t get me wrong, I look incredibly different, but my brain intercepts the signal from my eyes and supplants it with an image my heart suggests instead.

Even through this silly beard I love so much I can see that slimmer face I used to splash CK One onto before heading off to class in the morning, can see my gelled-back highlighted hair and the two hoops and one stud all punched through my ears (it’s a wonder there was enough real estate for all that accessorizing).

It’s not that I idolize those years beyond anything else, or that I’m “stuck” in them, reliving them because I’ve miserably decided it was then that I peaked and I’ll never do any better.  No, quite the contrary.  In fact, I’m happier now than I’ve ever been in the history of me… it’s just that I think of those years as the time when I… found myself, or something.  But Lord, they are best as memories…

Over the course of a few years I decided who I was going to be and how I was going to handle life.  A strategy developed, I think, as it does for most, as a reaction to the ever increasing reality of life.  And I guess, at some kernel level, I’m still executing to the basic tenets of that original plan. A highly modified-by-experience version, albeit, but still grounded in that primordial stumble-upon.

So, it’s that, I think, that seems unchanged when I look into the mirror in the morning: The “me” that makes me me; the ageless person inside of me who was built, brick-by-brick, along the way.  Not the crumbling person on the outside of me who’s thinking he maybe needs a shave.  Maybe that’s it.

Whoa, rambling here.  This whole thing was supposed to be about hands…

Whatever the reason, I’m actually really happy I feel this way inside – delusional or not. But, you know what? There’s one thing that I’ve found that, for whatever reason, can bring the weight of the years crashing home to me: It may sound strange, and it’s surely some personal idiosyncrasy – but when I look at my hands, the palms of my hands in particular, I can see the age; I really can.

I don’t know what it is about my hand that makes this so.

Sometimes I think it’s the size, or the proliferation of lines and creases. Occasionally, I’ll all of the sudden “notice” them and just stare at them like I’m suspicious they’re even a part of me, as if they shouldn’t even be corporal.

I mean, these things look like a grown man’s hands.   Big enough to hold a pipe-wrench or even palm a basketball (were I ever to touch a basketball). And while not quite as soft and supple as a woman’s might be, they definitely betray me as someone who’s not spent time roping cattle or pitching hay. Even still, to look down into them is, for me, to see just how much I’ve grown in the short time I’ve been around.

So there you go.  A study of my realization of age through the palms of my hands.

And that’s all I got tonight.  Goodnight, and have a great weekend, geezers.