Our shadows stretched out long in front of us as we made our final ascent down to the lakeshore that is tonight’s campsite. It was a long day, much more arduous than yesterday – partly because we had a 1,900ft cumulative elevation gain and partly due to the altitude and second-day soreness.

At some point during the day we all encountered difficulties, although Anthony had the worst of it – succumbing once again to altitude sickness and losing his lunch and the day’s liquids somewhere along the trail (and then twice again before hitting they sack). Erik’s also showing small symptoms of a possible cold, with a sore throat and cough. But, tomorrow is another day… and we’ll just have to see how it goes.

Actually, it’s eight o’clock right now and all of us are tucked into our bags for the night (it’s not even fully dark outside). However, we’re all more than drained and it’s just too chilly to sit around outside. So, we decided to retire early. With luck, the night will restore our bodies an spirits (and be bear-free).

Tomorrow should be a little easier, with a mostly downhill morning and a small climb in the afternoon. If we feel OK, we may entertain the idea of pushing on into the Mammoth area… but, after today, that’s a big “if.”

Until tomorrow (or when I have a connection to post this), keep sending us positive thoughts! 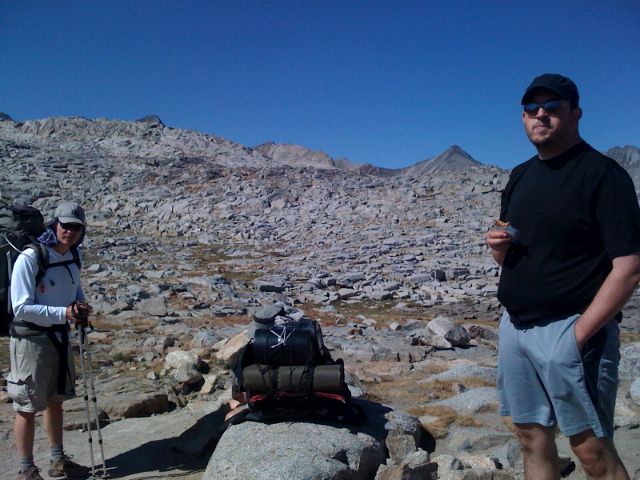