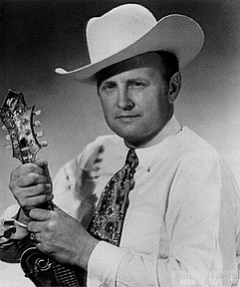 Sunday afternoon and we’re back from a great weekend away.

Up the hills, across the bridge, and down the bumpy road we went.  We sidled up to the river and stayed a couple nights, staving off the heat of the day by playing in frigid waters and moving camp chairs with the shade.  Anyway, we’re back and unpacked and the dirt’s all down the drain with our bathwater.  Sharaun headed out with her friends for a nail appointment, Keaton’s napping, and I’m sitting here watching The Magnificent Seven on this humongous TV we recently got.  And even though it, like most of the things I tend to like watching, isn’t anything near HD (what do you expect for 1960?), it really seems somehow dustier and grittier and gunfightier.

Those of you who know me likely know that I am, in general terms, not a fan of country music.  Then again, those of you who know me a little better may know that I am a fan of some “roots” type country music like bluegrass and the early 19th century country-blues of the American South.  It’s just the “modern” country that I don’t like.  And, before you country people get all on my case – I’m not even talking about the whole “crossover country” thing that’s been going down now for ten or fifteen years; I’m talking about “traditional modern” country (I know, it’s an oxymoron, but it’s what I mean).  Anyway, I’ve always known that a lot of older “roots” country represents a large black hole in what I know about the evolution of music – I’ve just never tried to dive-in and figure it all out.  But, that changed a while back.

Sharaun and I were invited over to dinner with friends, and while we were there they were playing the “classic” country channel on Sirius.  Now, I’d always known I have some sort of affinity for rootsy, early-sounding “hillbilly folk” or “honky tonk” type stuff, as evidenced by the immediate shine I took to albums like John Prine’s self-titled debut and nearly everything Gram Parsons and the Flying Burrito Brothers did during the roots-country rennaisance of the late 60s and early 70s.  But, that night nearly every single track that beamed down from the satellite radio seemed like a gem.  The rough nature of the tunes reminded me of the same reasons I adore things like Robert Johnson’s scant recorded history, or things like John Fahey’s Blind Joe Death: in them you can hear the embryonic sounds of decades of music yet to come.  After enjoying the soundtrack to our evening so much that night, I decided I’d spend some time questing for a good “classic country” primer.

The problem is, to make a decent and somewhat complete introduction to the birth of country music is not an easy task.  At first I began looking for some sort of compilation, maybe Rhino Records has done something, maybe some budget-bin put-togethers that managed to put a bunch of old songs together on disc when their copyrights lapsed or something.  Turns out, though, that the history of country music is a huuuuge beast, with twists and turns and reels and reels of music.  I tried reading threads on hardcore country music message boards for tips on good catch-all comps, I browsed through Usenet groups looking for homemade lists of essential classic country, I searched the internet far and wide – and couldn’t find much.

At first, I had decided to try and make my own collection.  I would download the best-ofs from luminaries like Cash, Lefty, Hank, Willie, Mel, Autry, etc. and just cobble together my own thing.  And, that’s how I started, just grabbing (and by “grabbing” I mean exchanging cash-money for) all sort of stuff.

I didn’t get far, however, when I happened upon a description of a twenty-CD collection called The History of Country and Western. This enormous compilation spans the years from 1927 to 1951, and was put together by a German label (go figure).  After looking over the tracklist, I decided this was the holy grail compilation I’d been looking for.  Sure, there’d still be stuff stretching into the early to mid 60s I’d need (to complete my strange “bookmark” years of when I figure the music was “pure” and not the twangy lost-love crap it turned into), but this thing would give my collection a huge jumpstart.

And boy, I was right.  This is an excellent compilation.  I mean, there’s nary a bum groove on this thing.  OK so it’s nowhere near something everyone’s gonna get into, but it’s one awesome historical document of the birth of a genre.  I sat spellbound listening to them on my first run-through, which was unfortunately brief (I plan on hitting the thing hard tomorrow at work), each track a little piece of music revelation previously unknown to me.  Seriously, I recommend it to anyone.  The best part about it is that it’s dirt-freakin’ cheap.  Amazon carries it if you want to get one for yourself.  Again, it’s got the nod of my hat.

So… somehow, I’ve gotten into country (please don’t misquote me on that, and no Sugarland albums for Christmas please, I will throw up).  Makes me happy, really, because I know there are so many more rocks out there unturned – so much good music I’ve still yet to hear.  I mean, what’s next?  Reggea?  Disco?  Standards?  No, no, and no, most likely… but still, I love hearing new stuff.

Anyway, I’m about done now… that thing kinda took off and spawned more paragraphs than I figured it would.  So, I’m gonna go enjoy the rest of my Sunday evening, maybe throw together some leftover Smores ingredients with a bowl of vanilla ice cream or something… who knows.