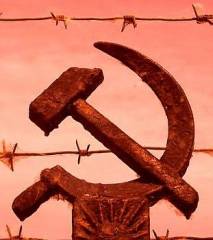 Sitting on the couch writing on a Tuesday night.  I’m a bit more accustomed to the new room and setup, but all the changes really did throw me off my game.  Too much other than nightly writing to think about, I suppose.  Anyway…

This particular Tuesday was a fitting “makeup day” for yesterday’s work-shirking marathon HDTV install excursion.  I worked hard at work, and came home and worked hard again.  We’re in something of a “cleanup” mode around here in expectation of my folks visiting later this week (shoot, which is tomorrow as you read this, actually).

After last week’s stupid-expensive buying frenzy, I had piled the “spare” room high with empty cardboard cartons and styrofoam.  I had to bust out the carpet knife and do some serious box breaking-down, reminding me of my old days in the fast-food industry (you really got chewed out if you didn’t break down boxes before putting them in the dumpster, let me tell you).  Anyway, in the end it all fit, and the garbage man will magically whisk it all away come his appointed day.

Yesterday, as Keaton and I were playing in the living room, the doorbell rang.  Opening the door, there before me stood a woman I don’t know and three young girls (one of which I recognized as one of our neighbor’s girls).  The woman introduced herself as another one of our neighbors, from down the street.  And, after I introduced both myself and Keaton, she asked the girl to hand me one of their “fliers” and told me not to worry, that they weren’t selling anything. I unfurled the rolled flier as she spoke:

“My husband and I were talking the other day about how most of us have lived next to each other in this neghborhood for five years or so and we hardly know one another.  We got to thinking, we should get the streets together for the Fourth.  Y’know, we all just drive into the garage, hit the garage door button, and hide inside.  We wanted a chance to hang out and meet everyone and talk, so we’re inviting everyone into the circle at the end of the block for food and fireworks.:”

After telling her what an awesome idea I thought she had, she thanked me and said she hoped to see us there.  I closed the door and mused on how Andy Griffith the whole thing was, and then considered how much I loved that fact.  Also, I took pause to consider the “guts” it would take to put yourself out there like that.  Now, practically, it’s really not that big of a deal – just a casual invite to an informal get-together; but, more than that, it requires us modern-day closeted humans to move out of our comfort zone and meet strangers.  I have a lot of respect for them for putting it together, and I am really looking forward to getting down with some Mayberry, Ward ‘n’ June, RFD neighborly face-time.

I mean, what better way to beat the terrorists than to gather with your neighbors at the end of the block to eat food, drink beer, watch the kids run around, and shoot off fireworks?  Yeah, take that Commies.

3 Replies to “yeah, take that commies”