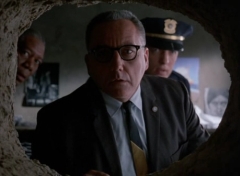 Sunday afternoon ’round about four o’clock and Radiohead has shuffled up on the iPod.  I just got done doing dishes and wiping down the counters and kitchen table (an extended Dead jam provided the sonic backdrop whilst I Cinderella’d).  Sharaun’s out in the hammock sunning and Keaton’s asleep.  What better time to crack the top on a Hefeweizen and sit down on the couch to tome (yeah, I verbized it).

It was a busy weekend, and it felt extra long, I think because I flew in on Friday and went straight to socializing, I remember I couldn’t stop feeling like it was Saturday night as we sat and played Euchre.  Maybe that’s the trick: get your brain to think it’s the next day, and then you get a “bonus” day each weekend.  Don’t know how to reproduce it, though, aside from the fog of traveling – and I don’t like the tradeoff.  So I guess I’ll just settle for the standard two-day weekends I’ve come to know and cherish… as there really the only sanctioned escape we get, eh?  Right.  Moving on.

For this next paragraph, I’ll ask you to recall a blog from not that long ago, where I wrote right here on sounds familiar about my “fear” concerning Keaton eventually learning to baby-Houdini her way out of her Pack ‘N’ Play.  Do you indeed recall, my dear reader?  You guys even commented on it.  Well, some of you guys (gals, whatever).  Still no?  It’s OK, I’ll link the thing right here and you can go refresh yoself.  Yoself refreshed?  OK then.

Well, going back for a moment to that Friday night I kept thinking was Saturday earlier this weekend (remember, you just read it) – it happened.  Yup.  As I cast my memory back over the past couple evenings, lemme see if I can set the scene for y’all.  We had gathered with a small group of friends at one of their houses to play some cards and hang out, and Sharaun had just put Keaton down to bed in her Pack ‘N’ Play in one of their spare rooms.  It was a hard-fought bedtime to begin with, as our friends have two young kids as well and one big playroom which bulges with toys – each one of them new and exciting for Keaton, not to mention the chance to play with other kids.  But Sharaun put up a valiant fight, singing our little angel into droopy eyes and metered deep breathing, sneaking out the door with a the loud smack of an air-kiss and a “Goodnight Keaton.”

And, with her down and quiet, we broke out the cards and began the first hand.  Cards were dealt, the girls bid six diamonds, the guys, one by one around the table, passed.  Cards came out, tricks were taken, and a good time was being had by all.  Then, out of nowhere, I see a little crop of blonde hair bouncing up the two flights of stairs towards where we were seated.  “Hey mommy look I woke up!,” smiled our triumphant baby.  “How the…,” Sharaun and I asked, looking at each other.  And then it hit me: She figured out how to climb free of the confines of the Pack ‘N’ Play.  Horror of horrors: She’s mobile.  (Well, to be brutally honest, as a dad, I was actually a little proud that she’d managed to climb out – that she was big and strong enough and not too scared to do it, but don’t tell Sharaun that).

Sharaun was not happy, and she scooped up babygirl without even giving me a chance to give her a second goodnight kiss to transport her back to bed.  After another ten minutes or so, she returned, lamenting that Keaton still wasn’t “having it.”  And, another five minutes after that – as we’d barely gotten into our second hands – she came trotting up the stairs once again.  Our friends laughed, and I had to just a little too (and again, her having done it second time only made me more proud because she could reproduce the feat).  I asked her, “Keaton, how did you get out of your Pack ‘N’ Play?”  “Because I wanted to play,” she answered, mishearing or misunderstanding the question.  “Yes, I know you want to play, but it’s time to sleep now baby.  Did you climb out of your Pack ‘N’ Play?”  “Yeah,” she answered, unconcerned as to whether it was “sleep time” or not.

In the end, we put her down in the crib our friends had setup in another room in preparation for their coming third.  She finally ended up hitting the sack then, but it was lucky the crib was there.  Funny enough, the next night saw us out socializing again and I put her down in the Pack ‘N’ Play with nary an issue (OK, she fought me on the sleep thing just a bit, but what two-year old doesn’t?).  So, I think she just wanted us to know that she can get out – if she wants to.  Well played Keaton, well played.  Man I love that little girl.

One Reply to “jailbreak!”