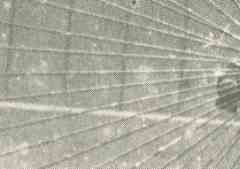 This weekend we’re going camping, the season’s inaugural trip. Yeah, some may say it’s still a bit early for camping in the foothills, but the weather gypsies say the weekend will be in the mid-eighties, which seems right-fine for me. The water in the river, on the other hand, is a hypothermic 49 degrees – which likely means I won’t be spending much time in it (even though I think I’ve been divinely cured of my former affliction). There’s a big group going, lots of kids too. Should be a good time, and I’m excited about getting up there.

We’ll be going to our “standard” place again, just because, for me, it’s the easiest (yeah, I “planned” this one). Later this year though I hope we can branch out and explore some of the hundreds of other places around here. Anyway, I’m taking Friday off to head up early and stake out spots for the crew, who will arrive later that evening – and I’m looking forward to the short week and some time sleeping outside.

Lately, I’ve been evaluating a couple big-ticket purchases. As I’ve written about before, I’ve been somewhat keen on getting a newer, more 2000s TV, and a new audio system to accompany it, for a while now. And, Sharaun’s also been on me to get one of those fancy-shmancy SLR digital cameras. Neither of these items are low-cost impulse buys (and, I wouldn’t likely classify them as such even if I were making 3x what I am today, it’s just my view of money), so I’ve been waffling back and forth about each. On the one hand, I’d love to modernize our boob-tube, get something thin and flat and that we could hang on the wall – I’d love to do that. I’d also love to take stunningly clear and beautiful pictures of Keaton for posterity and artistic purposes. Sure, both of those things would be awesome.

But, every time I think I’m ready to pull the trigger, I start running arguments in my head: How often do I really watch TV? Not Sharaun, but me. It’s an important question because, honestly, a bigger, flatter, higher-definition TV would mean almost nothing to Sharaun – it’s a luxury item that would be enjoyed largely be me and me alone. Sure, she’d appreciate it, but, in her mind, the TV we have is just fine. And, that’s a valid opinion if you ask me. So, asking myself how much TV I watch, or perhaps more importantly, how much TV I want to watch, becomes a really important determiner of value. However, rather than just asking myself, “Dave, how much TV do you watch?,” because I think the answer to that can always be an HDTV-justifying “enough,” I figure I should venture to determine how much enjoyment I derive from television… where it ranks in my list of “ways to waste time.”

Aside from interaction with real humans, including family and friends, my #1 source of entertainment is music. I will almost always choose to listen to music over watching TV, mostly because when listening to music I can do other things (write, surf the internet), whereas TV just sucks attention too hard. I don’t watch many movies, only own a handful of DVDs, and am not too religiously attached to very many shows (OK, I like Lost a lot, and Andy Griffith, and enjoy The Office and the news, but, y’know). My #2 source of entertainment or enjoyment is the internet, and within this #2 is my #3 – writing. I’d like to say that my #4 is something highbrow like reading or something, but in reality it probably is television. So, there you go, watching TV is fourth on the list of ways I’d chose to spend my lazy-time.

If that’s true, do I really care about having a bigger and better TV? Maybe not. In fact, if I spend a couple thousand dollars on a TV I’m sure I’ll feel compelled to actually watch it more in some attempt to get my “money’s worth.” That’s not appealing to me at all. More TV? Yeah, that’s what I need.

Oh sure, as a status symbol it’s undeniably appealing, almost as much as the idea of the point-cases where I’d absolutely treasure having HDTV (drunken communal gatherings for sporting events, for one). The draw is intense, I don’t deny that – all my friends, my family, everyone is upgrading their TVs. Maybe my brain is just inventing this logic as a way to protect my pocketbook, but I think I’m genuinely torn. Does my television really deserve this much money? I just can’t seem to make up my mind. One day I’m a breath away from dropping the dosh on a new home theater setup, the next I’m criticizing myself for wanting to waste that much money on something I won’t use enough to justify it.

When I mentioned this to some friends the other night, they smirked and commented on the large size of our TiVo list. This is a fair point, as there’s quite a bit of stuff on there. But, I could put that money into a college savings account for Keaton or something and probably be just as happy (or perhaps only slightly bummed) with our current stupid TV.

Next up, the camera. Again, I start to question the expenditure. I liken it to the idea that going out and spending thousands of dollars on oil paints, brushes and canvas would magically transform someone into a painter. Same thing with a thousand dollar camera. Just because I have it, does that really mean our pictures will be that much better? Certainly technique and skill are the lion’s share of what it takes to compose a good picture, and equipment, while not insignificant by any means, is just a way to get there. I’ve seen crappy images from SLR cameras, and I’ve seen beautiful images from point-and-shoot models. Just because I drop a grand doesn’t mean I’m going to be better at framing shots or maximizing the use of natural light. I dunno, maybe I’m just feeling cheap.

Enough about all that, it’s almost time to go anyway.

Before I do, though, I wanted to mention something I bought at lunch today (since I seem to be on a “buying”, or “not buying,” theme today). After a nice buffet-style Indian lunch Pat and I swung into the local Wal Mart so I could checkout those pull-behind bike trailer things for Keaton. I decided I’d like one of them a week or so ago, when I got the idea in my head that Keaton would likely enjoy it, it would give us a chance to get out together just daddy and daughter, and it would get me ambulatory.

Anyway, they only had one, and it looked like it may have been returned before – but the price and features were right so I bought it rather impulsively. I couldn’t wait to set it up when I got home, and set about the task no sooner than I’d walked in the door. When Keaton asked why I was “building a new stroller,” I told her it was a gift for her and that we might be able to test it out a little later. Sure enough, the thing went together quickly and, after firing up the compressor to fill my flattened bike tires (told you, I don’t ride enough) and the trailer tires, I had the thing hooked in. I strapped her in and we were off.

Despite the helmet I bought for her being a little too big and sliding down over her entire face, she really seemed to have a good time and shouted “Whee! Whee! Whee!” as we circled the block a few times to get the hang of it. Hopefully we can make a regular early-evening ride a somewhat regular occurence. I’ll try and post some pictures of her in the thing later this week.