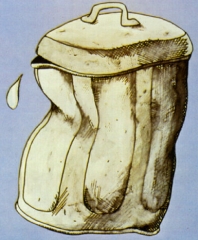 Welcome to the first, of what I hope to be not-just-one, You Decide Friday. Today you helped decide the course of the blog by suggesting content through voting and plain-out suggesting. I’m so glad so many of you voted, and am impressed with the suggestions and the clever “gaming” of the system to essentially beat my anti-cheat statements yesterday about the “all of the above” thing. I say “all of the above” is cheating and that I’ll defer to the 2nd most popular by votes, and you up-vote all the others equally… good job.

First, I want to get some logistical clarifications out of the way. In retrospect, I did a poor job explaining how I intended the poll to work: The original topic suggestions entered by me are just a few items off my huge running list of “blog ideas.” By voting on your favorite, I didn’t mean to say that I’d never write about the others – they’ll all get hit eventually (as long as I enjoy writing). So, maybe that’ll help next time around. And, as a technical sidenote: In the end, I decided I don’t like the polling plugin I spent so much time configuring – when I tried to close the poll for voting earlier today, it wouldn’t work, and kept accepting votes. I’ve decided to go with a different, less AJAXy-cool polling plugin the next time around.

Anyway, up until the aforementioned poll-gaming, the results were a tie between “all of the above” and “How Keaton loves the garbage man, just like I used to.” In the end, I decided to go with the latter. Next time, I’ll better frame the poll (once more, the idea being that you’re voting on which post idea you’d most desire me to write about that Friday, but understanding all the ideas are captured and will probably eventually make their way onto the internet). So then, let’s take bull by the horns… shall we?

When I was a young kid, I loved the garbage man; or so my parents tell me. In fact, around the age of four or five, I was apparently quite fond of all-things garbage. Now, my parents, much like all parents, I’m sure, have, over the course of my adult life, latched on to a few “go-to” stories and anecdotes about my childhood, and the refer to them whenever possible. The one about how I used to love the garbage man, and garbage in general, is one of these old standards. The “David, did I ever tell you about how much you loved the garbage man?,” question is one I’ve become intimately familiar with. (“No, pop. I used to love the garbage man?… Get out!,” is a good tongue-in-cheek response, by the way.) Sarcasm aside, my folks seem to take particular delight in regaling me with tales of how I’d wait outside each morning on garbage-collection day so I could wave and smile to the garbage man in his truck (particularly if we’re amongst a gathering of my grown-up buds).

This may sound odd today, but you have to remember how “active” garbage day was in its heyday. Back then, garbage collection was done not by a guy driving a truck with a robotic arm who never has to leave the comfort of his cab, but by a highly-orchestrated “crew” of workers. In these days of yore, a garbage collection “team” consisted of: the guy who drove the truck, and one or two additional guys who actually rode on the back of the truck, clutching to special perches designed specifically for the purpose. When the truck stopped at the curb, which had been conscientiously lined with garbage cans by homeowners the night before, the ridealong men actually jumped off the trucks and used their thick-gloved hands to hoist and dump the trash into the back of the truck. This was something of a choreographed ballet, the principles dressed in overalls, workboots, and grimy baseball caps. As a kid, it must’ve been something to see.

Did I do a good enough job convincing you it wasn’t that odd of a thing to be interested in? No? Well, I guess that’s fine, because there’s more…

In addition to the story about how I loved the garbage man, and garbage collection day, my parents nearly always segue that story into the one about how, when in public places, I used to run from garbage can to garbage can – giving each a big hug. Now, look, I know what you’re thinking… you’re saying to yourself, “Dave, that’s kinda odd… I mean, the thing with the garbage truck and all… boys are often impressed with big machines and stuff so that’s pretty understandable. But… embracing garbage cans?… That’s a little odd.” And yes, I know, I know. But, what’s a guy to do? I can’t go all America’s Most Wanted, put on some weight, change my hair color and shave my beard, move to Fargo and go by Bill Schmidt or anything – I have to stand up to my past, have to greet it with… open arms. So what if I ran between garbage cans hugging them? Odd, yes; certifiable, no.

Making a long story short, or something, it suffices to say that, as tyke, I liked garbagey stuff. And, while I’ve long outgrown this refuse infatuation (aside from the small level of fascination I still have in the whole taking-away-garbage “process”), I fear it seems to be genetic. Keaton, as cute and spotless-clean as she is, seems to also suffer from the garbage-man love (she calls him the “garba mane,” but then, we all have petnames for the things we love).

Every Thursday morning, when she hears the rumble of the garbage truck making its rounds through the still-sleepy neighborhood, she’ll shout, “The garba mane is coming daddy!” “Yes,” Sharaun or I will reply, “You hear the garbage man, don’t you?” “Yeah, I hear a garba mane!,” she’ll say, followed with a, “See him?!” We tend to pull dialog out of her, so we’ll reply with simple questions like, “What does the garbage man do?,” or, “Do you like seeing the garbage man?” “Yeah!,” she’ll reply anxiously, “He dumpa trash, daddy! He dumpa trash inna big truck! W-w-w-w-wan-wan-wanna-wan-wanna wave at the garba man, daddy!” At which point we’ll (actually, it’s typically Sharaun, since I’ve usually already left for work) take her outside and let her watch the garbage truck take away our trash.

She smiles and shouts and waves at the man driving the truck. Originally, he sat there as stone, somehow managing to not acknowledge Keaton, all her brilliant cuteness directed squarely at him. Personally, I think he might have figured her for some kind of cuteness-Medusa, and likely feared that, should he look at her directly, he’d be turned into a fluffy little yellow chick or stuffed Sanrio kitten. Nowadays, though, Sharaun says his hardened heart has grown weak, and he returns Keaton’s smiles and waves as he directs the robot-arm to our trash.

I love that she loves the garbage man. It makes me think that she’s somehow like me, even though I know it’s purely coincidental and all.

Well, that’s it. Hope you enjoyed it. Goodnight.